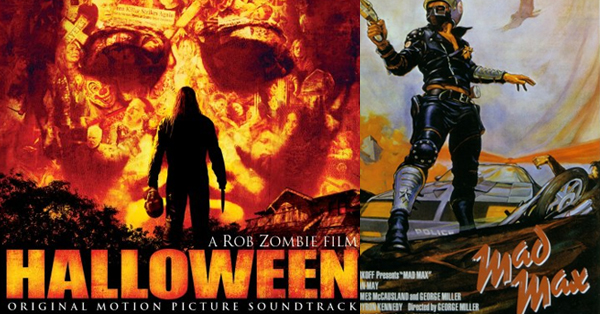 Low budgets movies don’t  have some popular actor and actress, they don’t have a high-end VFX and 3D team and a big budget to destroy things to make a movie more attractive and awesome. But what they do have is a really interesting story, brilliant acting and direction and that’s what make them popular. Although only few of these low-budget movies become huge hits and earn millions of dollars in profit. Source
Paranormal Activity is actually a supernatural horror movie, which is written, edited, photographed and directed by the multi-talented Oren Peli. The film was screened on Screamfest Film Festival in October, 2007 but was later acquired by Paramount Pictures and they did its full release on October 16, 2009.  Paranormal Activity is the most profitable film ever made based on the return on investment. Source
The movie is a psychological horror film based on a real story of a couple named Tom and Eileen Lonergan. Total cost of making Open Water was just $130,000, later Lions Gate Entertainment bought it for $2.5 million and the film made $55 million worldwide. Source
A biographical psychological drama directed by Nicolas Winding Refn. The film is about the UK’s most dangerous criminal Michael Gordon Peterson. The role of this criminal was played by Tom Hardy.

4. Night of the Living Dead

Source
An American horror film directed by George A. Romero. The film grossed $12 million in the United States and $30 million worldwide, and become a huge financial success. Source
This American documentary directed by Morgan Spurlock and he also starred in the movie. The movie is about transformation of main character who restricts himself to a McDonalds-only diet for 30 days. Source
Rocky was written by Sylvester Stallone and he was also the lead actor in the movie. The film was a huge hit and earned $225 million worldwide and also won 3 Academy Awards. Source
This Australian action movie was directed by George Miller and starred Mel Gibson. Once it held the Guinness record for the most profitable film. Source
As you can guess from its name, Halloween is a horror movie written by Debra Hill and directed by John Carpenter. Source
This British comedy drama movie starring Robery Carlyle about six unemployed men who decide to form a male-striptease in order to earn money become one of the most profitable movie.

Continue Reading
You may also like...
Related Topics:10 Low Budget Hollywood Movies That Were Huge Hits

These 13 Pics Of The ‘Frozen’ Look-Alike Anna Faith Are Too Damn Gorgeous
This Is How The Characters In The Kapil Sharma Show Would Look! They Are Awesome!