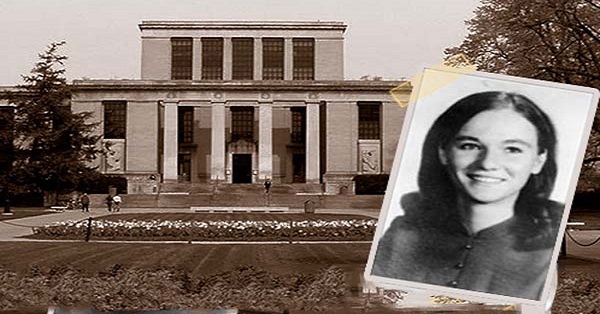 People believed he died from a heart attack or stroke, but recently that has come into question. Some people has suspected his wife because she decided to forego an autopsy and he was sent for embalming few hours after his death. She went missing in 1977 when she was supposed to fly back to Chicago but she never made it to Chicago. Jack Matlick, her housemen waited for two weeks to report her missing, which led to him becoming one of the suspects. She was studying in Penn State Library when someone stabbed her in her chest. The murdered fled away. After so many interviews from the Penn students, the case still remains unsolved. She was 18 years old when she disappeared. A policemen found her car near a store with keys in the car and the ignition still warm. Several days later her body was found in the woods naked and they didn’t had any clue how she died. 22 year old Elizabeth was found in a vacant lot, her body cut into two pieces and blood was all over the place. Till now no one is arrested in this case. She was found murdered in her home. When her husband came home, he saw her stabbed multiple times. Police followed more than 1500 leads but still the case is not solved. She went out for a walk on the beach where she had to meet her co-workers. But when the co-workers reached the beach, she was missing. Two gunmen entered the Bowling Alley and looted $5,000 after shooting 7 people. They then set the building on fire and fled away. Police were never able to catch the gunmen. Many people died due to poisoning in Vending Machines in Japan. The bottles were poisoned with herbicide paraquat and were left in the slot of the machine, so that when anyone buys a bottle, they thought they got one more for free. 12 people were killed by the poisoned bottles. Someone choked her until she became unconscious and then put her in an underground water tank. She drowned and died. Yakub Memon To Be Hanged Today At 7. Here Are 9 Facts You Must Read To Know Him Better
Former President Pratibha Patil Demands A Car & Fuel Allowance From Government!!