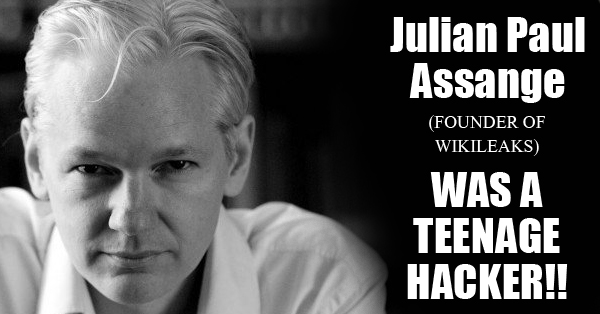 “Hacker” is a term used for someone who find out weakness of a computer system. Hacker is somebody who break into remote computer system without proper authorization and permission with the use of network system, mostly with the help of internet. The hackers are mostly computer programmers who can subvert computer security without any malicious purpose, but the definition of this word has evolved into a term which is referred to computer criminals who use their skills to illegally access systems for malicious purposes. Source
When he was 19 year old, Raphael Gray hacked many computer systems around the world in just one month. His mission was to gain access to credit card information without permission, which netted him millions of dollars. Known as “The Bill Gates Hacker,” Gray broke into very secure computer systems and also published all the credit card information. Source
This American hacker operated under the name of pseudonym Mindphasr, Chad Davis is one of the most notorious cybercriminals of the 20th century. He founded a syndicate of computer hackers called Global Hell in the United States, and hacked websites of some of the largest corporations in the country. He was also the man behind the defacing of the homepage of The White House and the United States Army with a message saying “GlobalHell will not die.” Source
Known as the MafiaBoy of cyberspace, Mike Calce was a high school apprentice at West Island, in Quebec when he started a series of publicized denial-of-service (DOS) attacks against some of the largest websites, like Yahoo!, eBay, Amazon.com and Dell and many more. Source
Julian Paul Assenge is the founder of WikiLeaks, WikiLeaks publishes secret information from personal accounts and news leaks. Before he became internationally famous because of WikiLeaks, Julian Paul Assengewas a teenage hacker who first published US military documents. At the age 16, he also joined the International Subversives group and hacked many computer systems under the name of “Mendax.” Source
Mark Abene known by his name Phiber Optik in the cyber world,  was a New York-based hacker. He was member of some of the most famous hacker groups in the USA, some of them were Legion of Doom and the Masters of Deception. He was a high-profile hacker and he targeted large corporations. He was among the most famous hackers of the Masters of Deception. He also hacked several telecommunication systems. Source
Andrew Alan Escher Auernheimer also known as “Weev,”  He gained media attention because of his inflammatory and off-topic posts in several online social media platforms and forums. He was an American grey hat hacker, Andrew used many different pseudonyms in his hacking operations. He was responsible for the disruption of Amazon’s services in 2009 and he also hacked the New York Time’s website. Source
Leonard Rose was a hacker and in 1991, he was convicted due to wire fraud. He is known for having stolen Unix source codes of AT&T and he distributed two Trojan programs which allowed him to illegally access several computer systems. He is also believed to be the mastermind behind the Legion of Doom hacking group, which was one of the most active groups in 1990’s, and it collected login information from various websites around the world. Source
Ehud Tenenbaum first caught the attention of the world at the age of 19, after he damaged the computer networks of some of the largest institutions in USA. He was arrested for hacking the computer systems of many government organizations including US Air Force, NASA, US Navy, The Pentagon, and MIT. He also hacked the computers of terrorist groups which were based in Palestine and destroyed the websites of Islamist organization called Hamas. Source
Karl Koch was a German hacker who become famous in the 1980’s, he used to sale hacked information from US military computers to the KGB (Security agency of the Soviet Union). He was also member of different hacking organizations such as the Chaos Computer Club, and worked with many famous hackers such as Dirk-Otto-Brezinski and Urmel. Source
An internet entrepreneur and the former CEO of a affiliate marketing network called eFront, In 2000, Sam Jain was arrested in California after being charged with submitting fraudulent data to Media Matrix. Prior to that, he also had a pending case in California before that because of his involvement in the sale of counterfeit Symentec software. He was also involved in the ICQ instant messaging scandal, with that scandal he had access  to private data from several internet accounts.

Continue Reading
You may also like...
Related Topics:10 Most Notorious Hackers To Ever Get Caught