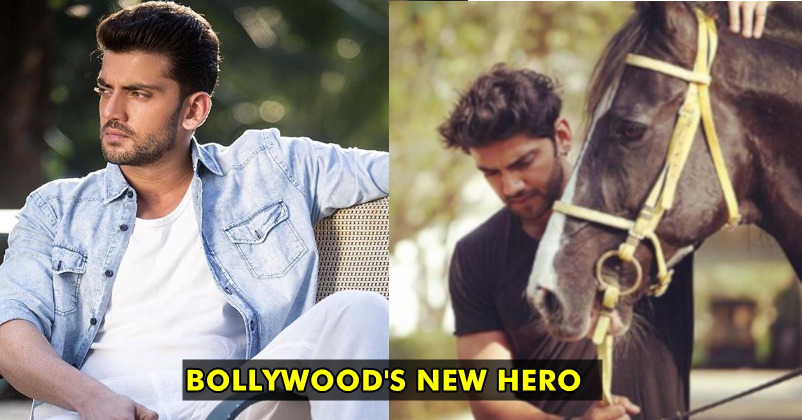 Bollywood’s Bhai is credited to have launched many actors which includes a few who have become stars now. Earlier, he introduced his brother-in-law Aayush Sharma who will be seen alongside newcomer Warina Hussain in Loveratri.

If we call Salman ‘masiha’ for the newcomers, it won’t be wrong at all. He is now launching a new actor Zaheer Iqbal in Bollywood. The Dabangg Khan gave him a dramatic introduction by sharing his childhood pic and put making Twitterati curious.

And the very next day Salman tweeted Zaheer’s current picture with caption reads as: “How these kids grow up so soon… ALWAYS keep giving your best #ZAHERO no matter what. Stand tall and always bend backwards for those u love and those who love u, Yeh yaad rakhna that the most important thing in life is Respect and Loyalty. @iamzahero”

Zaheer Iqbal looks handsome and he’s soon going to rule hearts of many girls. If you can’t believe, check out few of his dashing pics.

Check out some interesting facts about the new dashing would be a star right here:

#2. Zaheer is getting ready to step in Bollywood and is taking training under Salman.

#3. Well, we also got to know he dated Deeksha Seth(appeared in Lekar Hum Deewana Dil)

I left my friends at home and came to Leh, so they left me in Leh and went for Infinity War. #Betrayal #Zahero

#5. The actor has already impressed the producer of the film with his camera presence.

The best routes are the ones you havent ridden … #Zahero

#6. It will be Nitin Kakkar’s directorial in which Zaheer will make his debut.

A wise man once said nothing. #Zahero

#7. And, it will be the romantic film which is likely to be set in Kashmir.

#8. Salman noticed him dancing at his sister’s wedding and was fascinated by his look and features.

#9. Zaheer is the son of Salman Khan’s childhood friend Iqbal from whom he has borrowed 2011rs:

We shall call this picture " Looking Forward " #zahero

#10. And he’s going to rule the industry

Isn’t he such a heartthrob?

13 Sanju Memes That Will Make You Super Excited For The Film. It Will Break All Box Office Records
Suhana Khan Is Having A Crush On This Young KKR Cricketer?