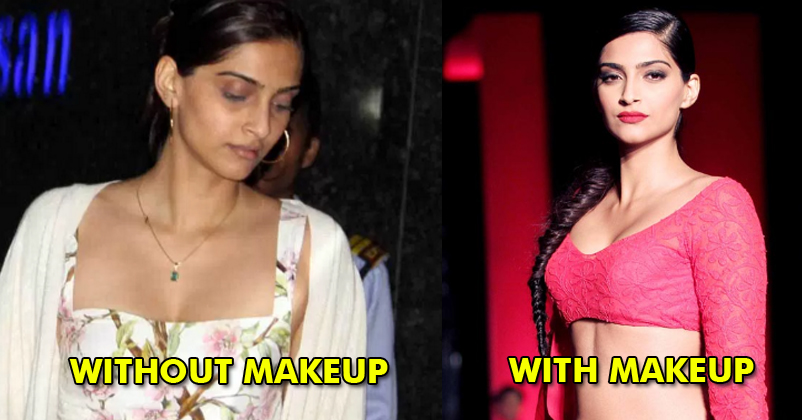 With a greater success in the Indian cinema, the Dream destination Bollywood, Anil Kapoor’s daughter Sonam Kapoor has won the Title of being a Fashionsta. Her outstanding and flawless beauty, style and fashion sense has made her perfect for the Industry. Sonam has a huge fan following from around the globe. The actress have surprised the world with her amazing performance in the recent movie ‘Neerja’. Sonam has never ever failed to entertain us and We can simply say that Sonam Kapoor has taken Fashion to a whole new level but on the other hand, her Non-glamor photos depict some other story.

Here are the shocking photos of Sonam Kapoor’s De-Glam Avatar. It’s really shocking. The place for Make-up in the Indian cinema (Bollywood) is on top of the list. Do not forget to share and let us know your views please write in the comments section below.

Irrfan Khan Tweeted To 3 Most Active Politicians For Promoting “Madaari”! Replies Are A Must Read
OMG Anil Kapoor In Legal Trouble For His Promotional Train Stunt!