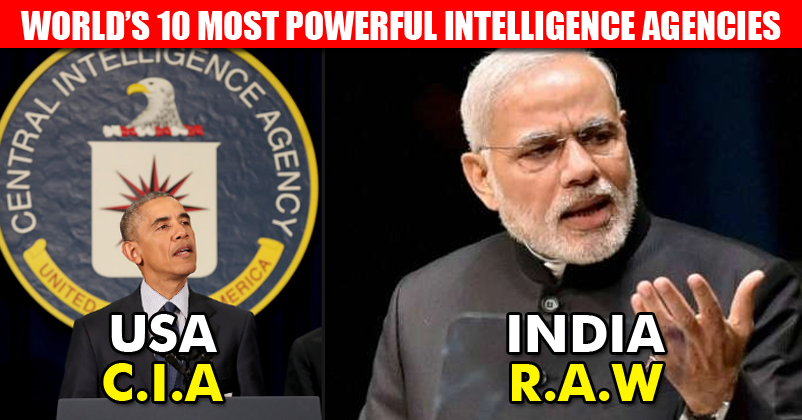 Here presenting 10 most powerful intelligence agencies across the globe. Founded in 1918, GRU has its headquarters in Moscow. KGB was their secret agency before the fall of USSR time. GRU agency was formed as Soviet military intelligence organization and dealt only with foreign intelligence activities. After the fall of USSR, it was the GRU agency that helped Russia to become a threat to all the superpowers. Founded in 1956, BND has its headquarters in Pullach & Berlin. When it comes to technology, BND ranks second in the world and has a world-class surveillance system. This agency has warned Germany on many occasions to eliminate the danger. Founded in 1983, MSS is the chief intelligence body of the country with its headquarters in Beijing. MSS works for both internal and external affairs of the country. Over the years, it worked extensively in controlling any anti-government and anti-communist revolts. Founded in 1982, DGSE headquarters are present in Paris. DGSE deals with the external affairs of France and it has more than 5000 employees. Compared to its rivals, DGSE is relatively young but it is one of the best intelligence agencies present in the world. A huge amount of French revenue goes into this agency. DGSE plays a key role in safeguarding France from terrorist activities especially ISIS. Founded in 1909, MI6 is the oldest running intelligence agency in the world. MI6’s headquarters are in London. This agency was the reason behind Britain’s victory in the world wars. MI6 served a key role in defeating Hitler. MI6 works with top agencies like CIA and also helps them in their missions. Founded in 1949, Mossad has its headquarters located in Tel Aviv. Mossad was a part of many dangerous undercover operations that took place in the world. Mossad agents served a key role in the famous Entebbe Rescue and freed all the Israelis. Founded in 1948, ISI is the most important agency of Pakistan with its headquarters located in Islamabad. ISI is the backbone of Pakistan’s government and it practically runs the army along with the country. USSR’s defeat to Afghanistan is one of the important victories of ISI. Founded in 1952, ASIS have their headquarters in Canberra, Australia. ASIS has its interest focussed in Asia and pacific regions. It collects valuable information from a number of agents spread across the world. ASIS works with a great amount of secrecy. Australian Parliament mentioned about ASIS for the first time in 23 years after its foundation. Founded in 1968, RAW is one of the powerful intelligence agencies in the world with its headquarters in New Delhi. RAW has its interest focused on external affairs whereas IB deals with internal matters. The main focus of RAW is to monitor and track the activities of neighboring countries Pakistan, China. RAW agency played a very important role in the creation of Bangladesh. OMG! She Planted 500 Plants In Her Apartment And Has Made It An Indoor Jungle!
People Kept Complaining This Restaurant Sucked. What They Discovered Is Very Shocking