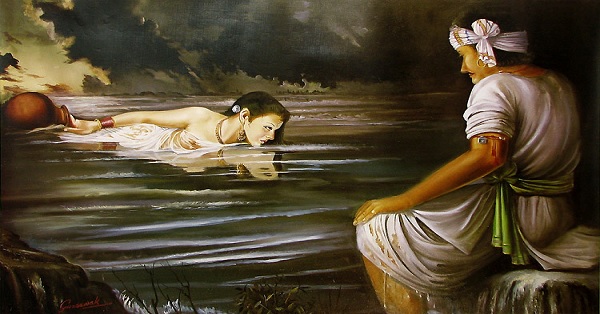 India is a also known as ‘land of lovers’, Almost all the historic monuments built in India had a strong love behind it , whether it was love for mother , life partner or anyone who holds a special place in heart. Although throughout history there are many historical places built for love and one of the famous monument is the great Taj Mahal built by Shahjahan for his wife Mumtaz. Taj Mahal is listed amongst 7 wonders of world. There are many more inspirational love stories from India who probably you were never aware of, here comes the list.

This is the most romantic Punjab love story. After many attempts to convince heer’s family they decide to a tie. ‘Kaido’ posions the food which was served to Heer, after which Ranjha rushed to the place but it, was too late and Heer was no more. Ranjha too eat the same poisoned ladoo and dies. This is another inspired love story in India. Salim was son of Akhbar and Anarkali was a slave girl and a dancer at this emporium. However they are no more traces about their love story which makes it more factual. This is an inspiring love story behind the creation of the great Taj mahal, where Mumtaz and shahjaha shared great love with each and had 13 children. While conceiving the 14 children, mumtaaz died after which Taj mahal was built. Peshwa baji rao and Mastani were in great love with each other, where the orgin of mastani is not mentioned clearly. When Peshwa baji rao died in a battle, mastani commits suicide. We cannot consider this to be a love story, but can be included because of immense love shared between Shivaji and Saibai. According to sources, Saibai was his favourite wife and the said last word that Shivaji spoke before his death was ‘Sai’. Dhola and maru were married in childhood. After the death of dhola’s father, he married malwani after which he suffered a lot. He realised his love for maru and face many obstacles to get back together. Mirza and Sahiba were in deep love with each other, where Mirza was forced to marry someone else. Sahiba drove her away from her mehendi ceremony inspite of many warning and chases. Mirza’s brother caught sahiba and started killing him with sword, after which mirza killed herself. Sassui father gave up upon sassui on her birth, as it was said she would bring a shame to family so she was raised by a washerman. Punnhun wanted to marry sassui but the family were againt to marry with a daughter of washerman. Sassui ran on foot from Bhambore to Kech Punnhun too ran from Kech and died at the same place in the desert. Prithvai raj Chauhan and Samyukta were in love with each other, to separate them from relation, Samyukta was forced to choose a prince who came in her swayamvar .when asked for Samyukta bout her answer, she went outside the door and put the garland on the statue, and Prithavi was hiding behind it after which they ran away. On defeat of Prithivaj, Samyukta killed herself. They both wanted to marry each other, for which Sohni decided to cross the river to reach to Mahiwal with the help of earthen pots. Father of Sohni changed the earthen pot with a baked pot after which she gets drowned in water. Seeing his, Mahiwal also jumps into river and gets drowned.