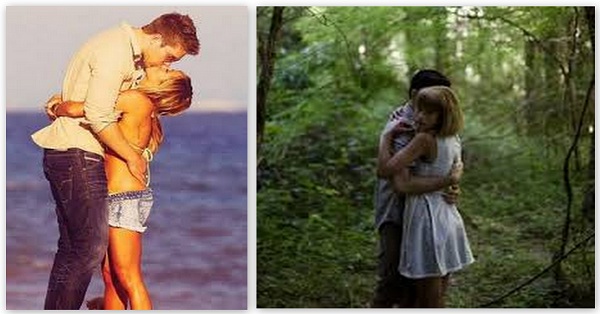 A 2012 survey of college students found that 89% of women were only interested in partners taller than them (while 47% of men were open to dating a woman who was taller them). The man is the shorter partner in only 4% of heterosexual pairings. Here are a few points about short guys like me for ‘ladies’ to consider…. New research from New York University found that short men are significantly less likely to get divorced than average and tall men. When it comes to love, short is long-lasting. Even if your boyfriend has a six-pack, it’s no fun having a conversation with his stomach. If you are dating a short guy, you can stand up, look into his handsome eyes and speak to his face. And what better way is there to build a mutual and equal relationship? Also you run into fewer sexual positioning problems. Unless you really enjoy being lifted off the ground like a pet just to get a hug, it can get pretty annoying when your boyfriend is tall. You can hug a short boyfriend while standing on the ground (and if you’re taller than him, you might be lifting him up). Kissing on your tiptoes is a thing of the past

5. There is no correlation between height and penis size Seriously, trust me. Or don’t! Trust this 1993 study, titled Annals of Sex Research, which found that there was basically no connection between height and penis size. A recent study published in The Journal of Sexual Medicine found this.

7. Short Guys Are Full of Confidence In a world where short guys are often overlooked simply because of their height, they manage to make up for it in confidence.

8. You won’t have to give up heels, however they aren’t mandatory Short guys know they are short, and very few of them will demand that you make concessions about it (the ones who do are jerks, obviously). On the other hand if you prefer flats to high heels, then a short boyfriend is perfect as you can ditch the high heels.

Look at all the models in the world. What do the majority of them have in common? Usually they’re taller than the men they date. If your boyfriend is shorter than you, you’ll look like a tall supermodel in comparison. To sum it up, short boyfriends go above and beyond to make you feel taller and more important.

10. Because If You Think Small Stature Depletes Someone’s Awesomeness, You’re A Jerk Shorter men can be just as hot, charming and killers in the sack as their taller counterparts.

Do tell us if you have any crushes on guys with short heights in your comments below.