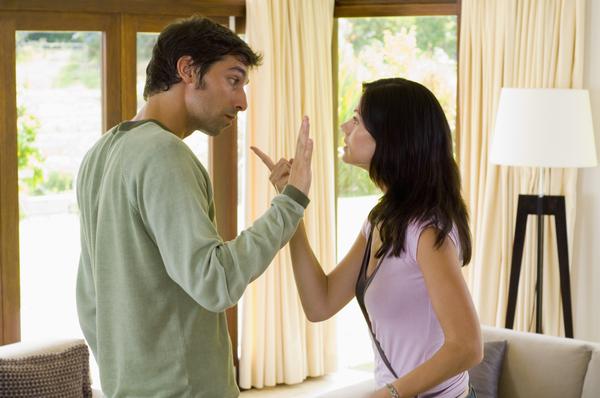 Women… you can never understand or please them fully. As a matter of fact, I personally feel that sometimes, they themselves don’t know what they really want. And it is at this point that Indian husbands find their state helpless. Below I have listed down 10 funny but true reasons as to why Indian husbands are scared of their wives…

1. Fear of getting drowned in the sea of tears

Women are extremely popular for this characteristic and this is where males lag behind. You can’t argue with them or say what you actually wish for or rather have to, as once they start crying, it might prove costly on your pockets too to make them happy.

One more quality for which Indian women are well-known is their being a perfect drama queen and believe me, this art is one of their strongest weapons that can turn impossible into possible.

3. They never forget past misdeeds……

If Indian husbands commit any mistake or sin knowingly or unintentionally, their wives are ever ready to make them remember that error, as if it’s a crime. Not only this, they also show themselves superior by making them feel guilty as well as continually ask for assurance of not committing that blunder again.

4. After facing a stupid boss in office, they can’t handle any argument at home

Naturally, working from 9 to 5 in office with an annoying boss is a frustrating job and after going through it, they want mental piece, so they better shut their mouth at home. 5. If you argue, no one can save you from their fury

One thing that an Indian husband should always try to avoid is to argue his wife because the moment he shows his disagreement to what she says, the situation will be like that in the court where the husband will be presented as a crook.

6. With whom will the husband make love if the wife gets angry?

Physical needs are also one of the major reasons for Indian husbands to obey their wives quietly and happily.

7. What if the wife starts throwing kitchen utensils on you?

One of the most common weapons of Indian wives is belan; however, Indian husbands are always at the risk of being hit by any of the kitchen utensils.

8. How would the husband manage if she warns or actually goes to her mamma’s place?

An Indian wife keeps on warning her husband that she would go to her mamma’s place if her conditions are not fulfilled or whenever she finds anything unfavorable.

9. Dealing with household chores and children

Many Indian husbands are not comfortable with household affairs or don’t know how to carry out them, such as washing clothes and dishes, cooking, cleaning, taking care of the family and children and in this case, if their wives get angry and stop managing this all, the situation becomes a tight spot for husbands.

10. What if she creates a scene in public?

Males prefer privacy and do not want it to be violated easily. And when females are in a bad mood, they won’t consider where they are or whether it is the right time to accuse their husbands or not. Obviously, to escape from any such situation, Indian husbands opt to keep mum instead of creating a nuisance in a public place.

11 Most Popular Excuses Indians Give For Not Voting!!
10 Things You Can Relate To If You Are A Class Topper