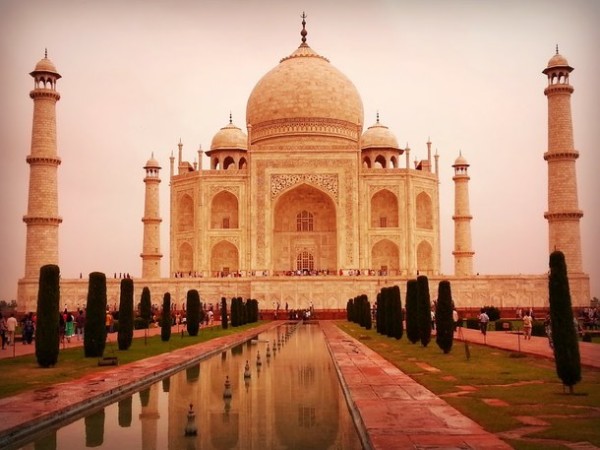 Uttar Pradesh, is a crowded place where dump illiterate people are seen. And how can we forget the jam packed streets that make us despise this state. People’s underarms drenched with sweat is such a turn off right? It happens only in UP. Below are 10 reasons to hate and despise this state.

1. All Anpad and illiterate people are from UP Though Dravyansh Sharma, from Ghaziabad UP, being an all India CBSE topper, were in the news in 2013. Akhil Garg, scored 96 per cent, topped CBSE in Allahabad Region. The high, rank professional officers are from UP only. But as they say, UP people are  illiterate. From Roomi gate, to Lucknow ka Imambarah and Sepoy Mutiny of 1857 in Meerut, UP has a rich historical background. However, THE TAJ MAHAL, the number# one among all the  worder of worlds, has always glorfied UP. But who cares?

3. There is no infrastructure in UP One of the longest expressways, “The Yamuna Expressway”  which covers 1,208.19 KM, is a six lane project connecting Noida to Agra in 100 minutes. I don’t understand the buzz going around this highway, like come on, it’s just a highway. UP is developing so quickly. This is nothing, seriously. People who think UP has no infrastructure, then please go to Kanpur, Lucknow, Meerut,etc

4. UP people speak ruthlessly, blame it on their illiteracy. Lucknow the city of Nawabs and Kababs are so polite that they even miss the train waiting for the other person to board. “Pehle aaap, Pehle aaaaap” has become a classic dialogue everywhere, but it’s the only place that follows it. “AAP” “HUM” “UNKA” “INKA” bruhhhh.
Actually they do this to shield their ego, like every haters say.

5. UP People cast vote (if at all) without thinking much (illiteracy again). Every Person is compelled to cast vote in UP. Door to door surveys are conducted and almost everyone above 18 has a voter id. Even the people who live in rural areas cast their votes. Uttar Pradesh has total 60 malls, which look and make you feel mesmerized. If this is what you call backwardness then yes UP is backward

7. UP people pay no attention to national events. Yeah right. That is why UP was chosen to perform in the republic day 2013.

8. Religion bias is there in Uttar Pradesh Muslims being the minority, are treated like other religions’ people. One cannot make out who is who. Before Nehru ji’ death, he made sure that the minorities shall be treated as equals. (FYI Nehru Ji was born in Allahabad) .

9. The economy of UP is deplorable. The economy of Uttar Pradesh is the third largest economy in India. Natural resource like coal, dolomite and gems are found in huge number in UP. Asia’s first and the world’s second human DNA bank has been set up in Uttar Pradesh.
Need I say more? UP is sometimes known as ‘Hindi heartland of India’. In 19th – 20th century Hindi literature was modernized and the state has a huge language portal including Avadhi, bhojpuri, Bundeli, kannauji, etc. Bodhh Purnima and Taa. We all love UP. Taj Mahal makes our glory magnified. We respect those army men from UP who lost their lives in the 1875 riots.

India is diversified land & all states are beautiful. From all the above facts we can conclude that even Uttar Pradesh is beautiful and we all love UP.

All United Paris fellows, do share this article with your friends who try to defame our beloved UP <3 <3