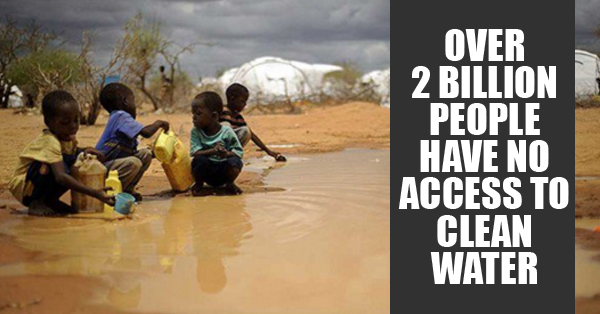 Poverty is one of the biggest problem our world is suffering from right now. But what poverty exactly does that mean? These are 10 statistics on global poverty that might upset you. Source
With new technologies becoming more and more common we are now growing more than what we need, enough food for 10 billion people its about 1.5 times the current world population. The problem is that most people right now cannot afford to buy that food.

2. According to reports from UNICEF, 22,000 children die every day due to huger and poverty. Source
Right now about one third of children living in developing countries are underweight. Source
Over 1 billion people do not have access to clean or enough water and 2.6 billion people lack basic sanitation facilities. Many times this condition means no separation of drinking water and the toilet water.

5. And that’s the reason why 1.8 million children die every year because of diarrhoea

6. One quarter of our total population live without electricity Source
The 7 richest people around the world make more than the 41 poorest countries combined together.

In 1998, $780 billion was spent by different countries on their militaries around the world.

In the same year, only $13 billion was spent on basic health and nutrition.

9. If our world spent even less than just 1% of what it spends on militries all the issues related to poverty would be fixed 10. If you are reading our this list then congratulations you are in top 30% of the world’s population.