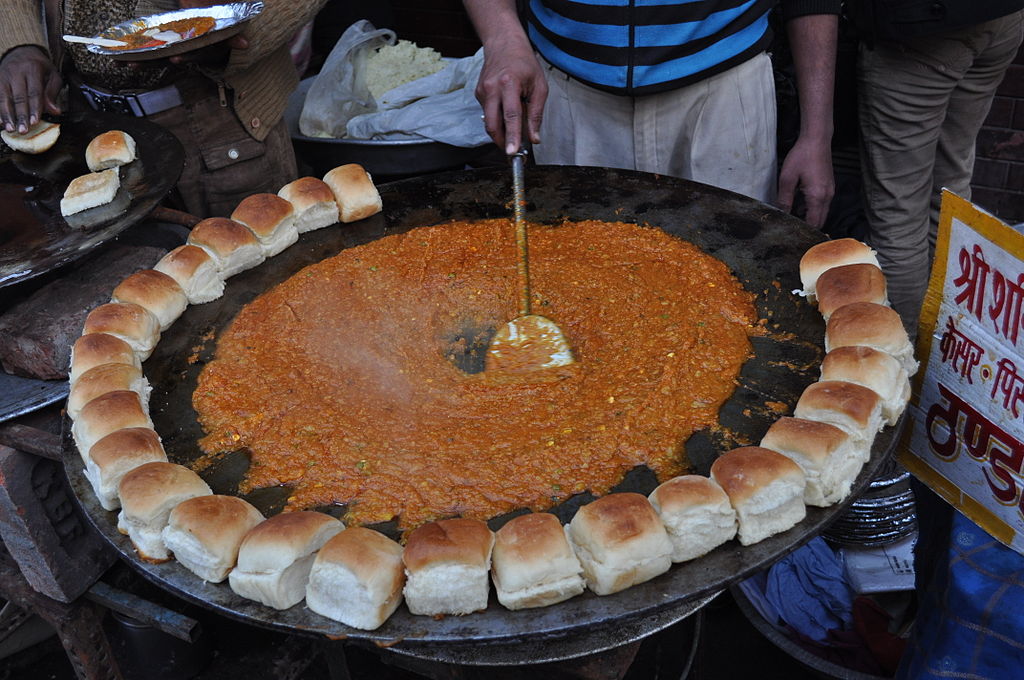 Street food, it’s cheap, it’s quick but downright Delicious! In this age of popular multi-national companies taking over, street food is something we still savour at its best. Let’s take a look over the currently popular street food you can have on-the-go. Chicken or veg? With the super spicy sauce, steamed momos are the latest street food. Aren’t they quite healthy? They comprise of the chhole and a choice of ‘kulche’ or ‘parantha’. The smaller brother of chhole bhature!

Ofcourse, the top favourite of girls! Puris filled with aloo and then dipped in lime juice. Awesome stuff! The best treat one can give, be it winters or summers… Chocobar is the favourite nowadays! The very old faithful samosas, perfect for the rainy season! Though prices have increased a lot, they are the no.1 snack in any situation. Same is for ‘pakodas’ with chai. Tikkis made from potato served with a variety of chutneys. Lovely! Prepared from crisp puffed rice topped and with tomatoes, onions and chillies sprinkled with tangy lemon juice. It is served in a cone formed with paper… “5 ka ya 10 ka?” The favourite of Mumbaikers. Hot buttered bread and the lip-smacking spicy curry. It fills your stomach quite nicely. A humble delicacy that will fill your stomach just fine. Hot paranthas served with a curry, curd or pickles! A boon in the winters. Popular during the festival times, this paratha-cum-omelete is favourite amongst bengalis during Durga Puja!

Are you hungry? Those are some of the best street stuff we found. Missed something? Put it in the comments and we’ll make another list.

How Much Money Will I Make? Does She Love Me? Will I Get Job? Will I Pass My Exams? Read this, NOW!
13 Heart Melting Pics That Will Surely Make You Cry!!!