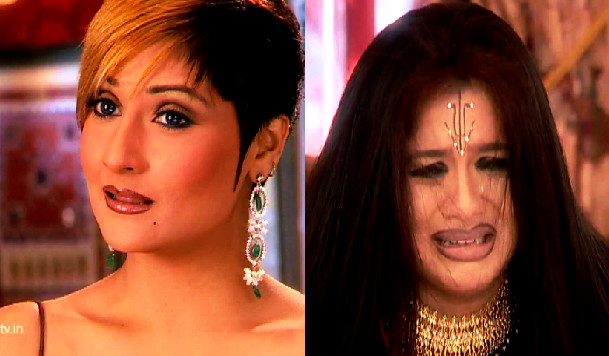 Indian Television has seen some great talents but the main USP of any show is there characters. Many actors are still remembered because of the role they played. But TV series requires a special mention for the people who played the role of vamps or better say villain. Trying to get hold of the man and always conspiring to beat the heroine up.

Vamps in Indian TV are remembered for their designer sarees, make up and the beauty and seems like are more attractive than the main lead. Here a salute to those actor who essayed the role with an ease and made them memorable.

Mean Bitch Yet So Adorable

Her Trademark Round Over Sized Bindi was scarier than her Conspiracy

There is no role that Shweta Kawatra cannot play. especially if it is a Vamp on – Hats Off To Her

Remembered by her name and the Character she played – Mandira, she was and is one of the sexiest vamp one can think of.

Her Style of Bindi become a Fashion Statement, In every party, wedding, sangeet, you could find ladies adorning this style. Sudha Chandran has given Indian Audience of the most memorable character and style.

Saving the best for the Last.. How can one forget her – Nikaaaa.. Ufff that was Something above Stylish and Sexy

Vamps are the sexier, much prettier but more with drama which makes them a treat to watch.

Ridiculous Body Building Freaks That Will Make You Go WTF..!!
You Will Be Surprised To See What India’s Leading E-Commerce Store Did On Women’s Day