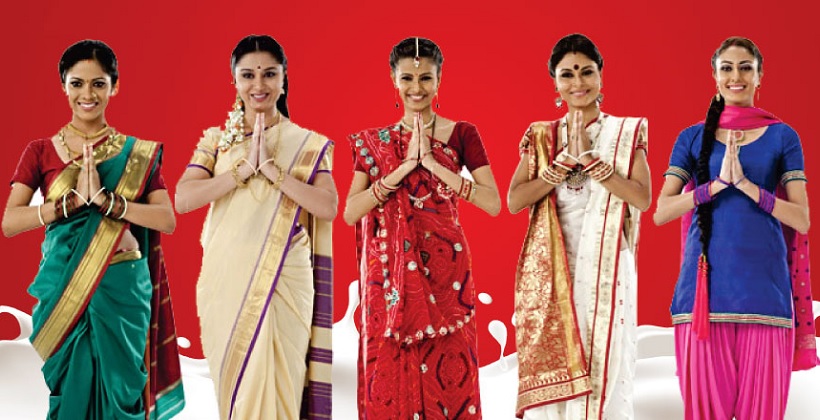 Our Indian culture is incredible and what make it different are various traditions which are religiously lived by every Indian. Besides myths and spiritual beliefs, there are astonishing scientific facts too behind many of the Hindu traditions we follow. Let’s explore 10 such traditions that retain tremendous importance from the perspective of science…

1. Why do we join our palms for greeting, as in ‘Namaste’ or ‘Namaskar’?

It is our custom that we join palms together in ‘Namaste’ to greet a person as a mark of respect. On the other hand, if we articulate it from the scientific point of view, when we join palms together, tip of each finger also gets joined with one another. These tips stand for pressure points of mind, eyes and ears. When pressed, they make pressure points active and thus, we are able to memorize the person for longer. Furthermore, as we do not come into contact with the person physically, there are fewer chances of germs.

In general, Hindu married women wear a toe ring in the second finger and it is from this point that a specific nerve links uterus and passes to the heart. When they wear a toe ring in this toe, uterus gets stronger and healthier, as the flow of blood towards it is regulated. What is more, it also regulates periods in an organized way. 3. Why do we apply Kumkum/Tilak on forehead?

There is a point present in the middle of both our eyebrows referred to as the chief nerve point of our body. We apply Kumkum/Tilak for preventing energy loss, as it preserves energy in addition to restraining different concentration levels in our body. What is more, as Tilak is applied, points on that particular area as well as Adnya-chakra also get pressed, making it easy for blood to flow in facial muscles. According to Hindu mythology, Tulsi is considered to be Lord Vishnu’s wife and if chewed, this would give an expression of disregard. Nevertheless, if we observe it from the perspective of botanists, Tulsi contains a large amount of mercury and when raw mercury comes into contact with teeth, it causes a great harm to them and results in their instant falling. Therefore, we swallow Tulsi leaves instead of chewing them. If we see the custom of ear piercing from the perspective of India’s philosophers and physicians, it is of a great aid for improving intellect, developing the ability of decision-making and boosting thinking faculty. Furthermore, it assists significantly in speech-restraint and minimizing impudent conduct together with freeing ear-channels from any ailment. 6. Why do we worship the Sun at dawn?

It is in our Hindu customs that we offer water to Lord Sun as worship at crack of dawn. The scientific reason behind this is watching rays of the Sun at daybreak serves as an eye tonic. Besides, we all are well familiar with the saying ‘early to bed and early to rise makes a man healthy, wealthy and wise.’ So developing the habit of waking up early helps in keeping our body and lifestyle healthier too. 7. We don’t eat non-vegetarian on some specific days

People practicing Hindu religion can’t afford to have non-vegetarian food on a daily basis, as it’s restricted to be eaten on some specific days, such as Tuesday, Thursday, Saturday as well as on religious days like Ekadashi, Purnima, etc. If we go deeper to the scientific viewpoint behind this, we make out that just a little quantity is required for accomplishing necessities of vital nutrients like vitamin B12, iron etc. However, its addiction and regular intake may result in kidney stones, piles and several other diseases. 8. Reason behind temples having bells

It is believed that ringing of the bell cleans up our brain, facilitating the mind to concentrate totally on deity. Here it’s worth knowing that manufacturing of temple bells is done in a manner so as to generate an accord in brains’ Right and Left parts as soon as a sound is made. When temple bells are rung, the produced lasting and shrill sound echoes for at least 7 seconds and that is ample time for making each of our body’s seven healing centers active. Thus, our mind gets free from each and every kind of negativity. 9. Mehendi on hands and feet

Henna is an extremely influential medicinal herb. Hindu marriages are hectic and have many time taking rituals causing much physical strain. Sometimes, exertion becomes apparent in the form of fever or headache. As the day of marriage comes nearer, enthusiasm combined with anxiety may not prove good for the couple and have its unfavorable effect on their health. However, when henna is applied on hands and feet of the bride and the groom, it puts a stop to the stress by cooling their bodies and preventing nerve-racking. 10. Why do we sit on the floor and have our meals?

This tradition is associated with Yoga Asanas and the posture is known as “Sukhasan”. At the time of sitting on the floor, we normally have our legs crossed in two poses, either “Half Padmasana” or “Sukhasan”. Both of these positions immediately make our senses calm plus are great as far as digesting food is concerned.