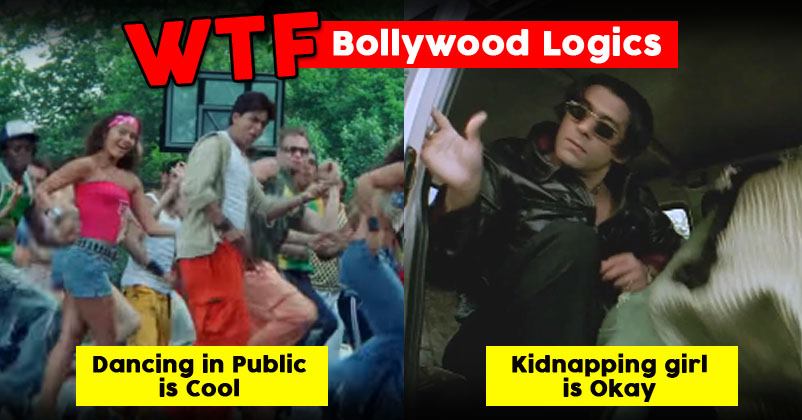 As much as we love Bollywood we can’t deny the facts that most of the things shown in the movies doesn’t make any sense. Like a girl’s red dupatta fly and reaches to the boy and they fall in love, I mean how could this be possible? No doubt Hindi movies have given us some classic movies which will be remembered till the end of time, but it is also true that the same film industry has given some totally crazy and senseless movies.

Here are 10 things which we have learned from Bollywood but trying it in real life will land you in trouble.

1. Stalking A Girl And Win Her At The End

Remember Badrinath ki Dulhaniya or Toilet Ek Prem Katha? The hero sees a girl, falls in love and starts following her around, clicks her pictures, and stalks her. At first, the girl gets angry and annoyed but eventually agrees to his love and falls for him. But this only happens in movies, dear. If in real life you try to impress a girl by stalking her she will file a complaint under ‘Right to Privacy Act’ and you will definitely end up in jail.

2. Being Touchy With A Girl In Order To Woo Her

Touching a girl without her consent is a punishable offense but is it openly shown and encouraged in cinemas. Like in the hit South Indian film Baahubali: The Beginning, there is a fighting scene in which Prabhas not only touches Tamannah inappropriately, he undresses her and put kohl and lipstick on her without her consent. Surprisingly she likes her makeover. But in real life, no matter how handsome you are, you shouldn’t do that. Because it will raise questions about your ethics and upbringing.

3. Physically And Verbally Abusing A Girl Is Okay

Abducting a girl to prove your love, taking her hostage, might seem okay in films but again it is a punishable offense. Remember the scene from Tere Naam where Radhe Kidnaps Nirjara and takes her to a lonely place. He intimidates her and tells that he loves her and Nirjara after being terrified falls in love with him. How does this make any sense? As a matter of fact, in real life, it won’t. So do not try it at home.

You are not a hero of any movie so don’t even try to randomly start dancing in the middle of the road expecting everyone who bumps into you will match your steps. First of all dancing in public is not cool, secondly, you will stop traffic and the people hurrying to their offices will call you names and the police. So never, I repeat never, dance on the road.

5. If Someone Has Wronged You, You Have The Right To Take Law In Your Hands

DOn’t get yourself fooled by the Bollywood revenge dramas. They show that if someone has wronged you, you can go and take revenge and the court will let you go as you were just doing bad to the bad person. There is no logic in this. If it was so simple we wouldn’t need law, police, and court. Leave the revenge and justice to the lawmakers of the country.

6. If You Killed Someone Because He Killed Your Loved ones, The Law will Forgive You

Taking law in your own hands is a different thing but killing someone because they started it first is just another level shit. Nowadays all revenge drama ends like this but real life doesn’t work this way. 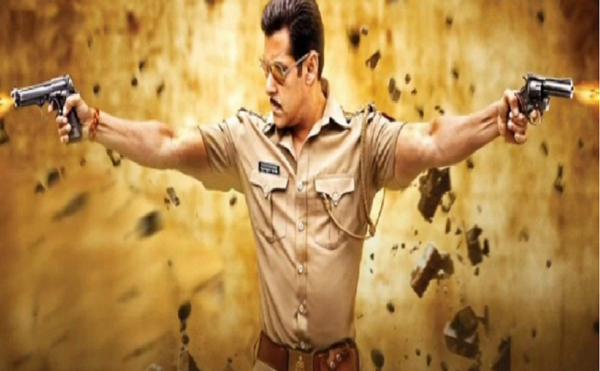 7. Girls will Always Fall For A Shabby, Jobless Man And Reject An Educated NRI

Since Kuch Kuch Hota Hai time Bollywood has taught us that a girl will reject an educated NRI and go for someone much inferior to him. In Humpty Sharma Ki Dulhaniya case, she will go with a jobless rather a rich NRI. How many girls will actually go with such a person? This is beyond logic. 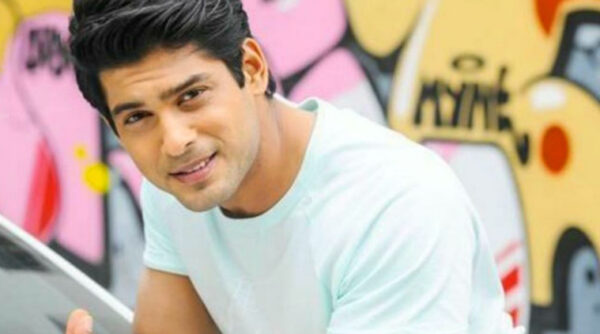 8. Running On The Airport After Realising Your Love Is Not Big A Deal

The last scene from Jaane Tu Ya Jaane Na, where Jai runs on the airport to catch Aditi after realizing his love for her. Admit it we all fell for that without thinking that the guy just broke millions of airport laws. In real life, if you try to do the same you will land in jail. And people will definitely not break into applause for your crazy act.

9. Removing Your Glasses Will Totally Change Your Personality

Every girl out there who wears specks knows that removing them will not change your personality, it will only leave you half-blind. But our Bollywood actresses who are behenji type and wear glasses, totally change when they decide to keep it aside for a while. Like Naina from Yeh Jawaani Hai Deewani. The boring book worm becomes so happening when after removing her chashma. What a drastic change!

10. If You Are Drunk You Can Run On The Road Shouting For No Apparent Reason

If you start running on the road just because you are drunk, this is not a proper excuse. This might seem cool in movies because everybody enjoys the show, in real life this act of yours might land you to jail.

Continue Reading
You may also like...
Related Topics:10 Things Bollywood Taught Us That Are Totally Unethical, Bollywood Movies, Hindi Movies, Illogical And Illegal In Real Life

‘Mature Bag’ Is The New Meme Content On The Internet, Check Out The Best 20 Memes On It
The Press Club of India Condemned Kangana Ranaut’s Misconduct With A Journalist