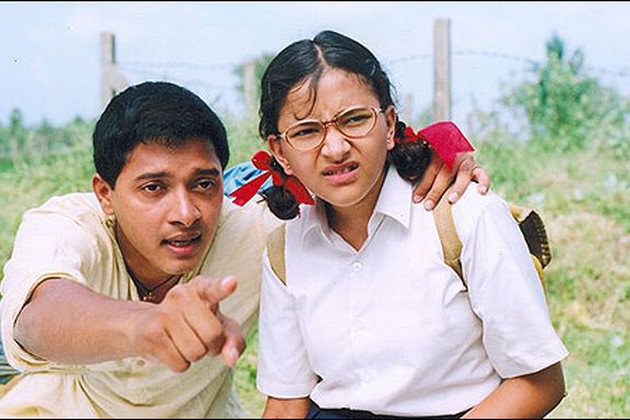 I have always wanted an elder brother. Somehow, the thought of a badass sibling is very comforting. But also, I have heard that elder brothers can be over bearing, extremely protective, and a pain in general. Here I compile ten things I have seen girls with elder brothers talk about.

1. Dating life is always under scrutiny.

“Who is he?” “Why are you talking to him at 8 PM?” “Where does he work/study?” He will investigate straight until your new guy’s great grand father’s generation and drill him over anything remotely suspicious. #GoingToBeSingleSoonYou

2. No matter what the trouble is, you know whom to call.

He will come and rescue you, no matter how messy the situation. You will get belted later, but you are most often safe and worry free.

Thanks to years of wrestling with your elder brother. He never cut you slack because you are a girl. Hence, you know basic moves like a boss and are feared by delicate girls.

4. At any given time, one of your friends has a crush on him.

ANYTIME. They blush and make awkward conversations with him while he locks himself in his room. His guitar, his bike, his blaring music and as much as his headphones gets your girls swooning. UGH.

5. One of his friends is your crush.

That super cute friend of his who gets deep dimples? Ah! If only he stopped treating you like a kid. I am a woman, you!

Even if he drills you with a hundred questions, he will give an extra 500 buck only because he loves you so much.

7. He is the shield against parents. When you have done something majorly wrong, he will tell your parents that he will take care of you. He will fake an anger which will silence your parents. He will then, take your case but yet, in a much better and nicer way than your parents.

8. He makes fun of you and, troubles you.

Of your snoring, or your weird high pitched laughter. If he is in the mood for it,  he will even make fun of your existence. When you were young, he made you believe that you were adopted.

Oh! He rescues you from the boring, frustrating family functions and keeps you entertained. He also gives badass replies to annoying aunties.

He loves you, and he loves you so much. He will put up with your nautanki, make you pay for minor mistakes, teach you life lessons over major ones. He will help you get over stupid boys and will always believe that no guy is ever good enough for his little sister.

Agree? Tag your brother and tell him you love him despite him being, well, himself. Boys, tag your little sisters and remind them of it all 🙂

10 Signs You Are In A Relationship With Your Phone
Why being Biased? We are not “Bigade Hue”, it is just Your Perspective.