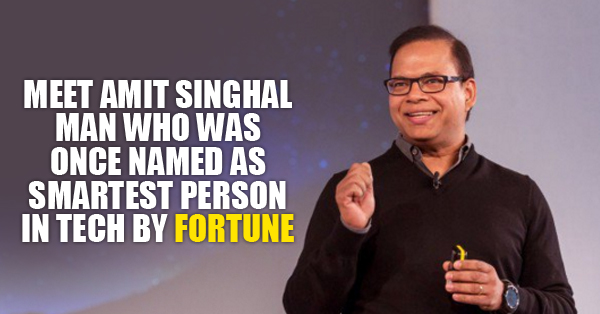 Amit Singhal have always been making news for his tremendous contribution towards Google and it comes to surprise when it was confirmed that he would soon retire from Head of Google Search. Here are some facts about this great giant.

1. Born in Jhansi, a small state in Uttar Pradhesh Amit grew up in hills of Himalayas. 3. In 2000, he was persuaded by his friend Krishna Bharat to join Google where he cracked the exam in first attempt and soon joined it.

4. Singhal runs Google’s core search quality department. He and his team are responsible for the Google search algorithms. 5. In 2011, Singhal was given the Outstanding Achievement in Science and Technology Award at The Asian Awards.

6. Due to his tremendous and mind-blowing contribution to Google, he is known as the Google fellow.

7. Singhal is the master of what Google calls its “ranking algorithm” — the formulas that decide which Web pages best answer each user’s question. 8. Amit Singhal was once named as the smartest person in Tech by Fortune.

9. Once he was also elected as member of National Academy of Engineering.

10. Singhal is a big fan of Star Trek universe and wants to build technologies, such as virtual assistant that understands voice commands, used in the USS Enterprise.

Continue Reading
You may also like...
Related Topics:10 Things You Should Know About Amit Singhal Who Will Soon Retire From Head of Google Search

9 Amazing Facts You Should Know About Your Favorite Drink Old Monk
12 Things Only Girls In A Long Distance Relationship Will Relate!