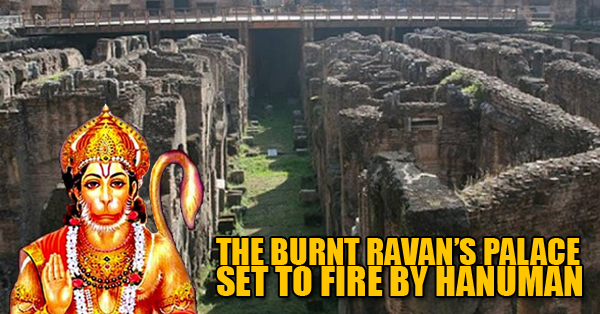 Ramayana, is one of the greatest saga of Indian history of all time.
No one in this world who would prove this epic story factual or hypothetical in any sense . There are many logics behind considering Ramayana a myth such as an Ravana with 10 heads, a flying mechanism and much more.

Basically it is written in the form of a poem rather than a text. It impersonates the optimal characters like the ideal king, father, servant, brother, mother and wife etc.

May be its real or fake but there are some monuments and places which are trying to prove this epic history as factual .
Here are 10 pictures which might change your thinking sense may be 😀

Made by Ram’s sena to Srilanka .
It still exists underwater now 😀 This is a place near Nashik where Ram , laxman and sita served their exile . This is the place where Sita stayed during battle . This temple is situated at Nepal. It is said that it is the birth place of Sita . The famous Koneshwaram Temple in Sri Lanka was built by Lord Shiva himself dedicated to his devotee Ravan . The bird killed by Ravan because Jatayu trying to save Sita . Thiruvananthapuram: A high-tech theme park with a mammoth statue of ‘Jatayu’ as its core, at Chadayamangalam, Thiruvananthapuram in South Kerala. PTI Photo
(Please correlate with the story- MES 1)(PTI5_11_2011_000022B)

This is Hanuman weapon Known as GADDA . This is known as Hanuman Garhi temple and it is said that he waited for Rama here at the time of exile . This is the Ravana place in Srilanka which was burnt by Hanuman . Dhivurumpola in Sri Lanka is the place where Sita went through the ‘Agni’ test and proved her purity to Rama. Here above are some places as promised which might prove Ramayana happened in real 😀
Share with others if you think it’s not a myth .

These 11 Things Of A ‘Padhaku’ Student Will Never Ever Be Admitted By Him/Her
Over 800 Dead & 1000 Injured. Helpline Numbers For Makkah Released