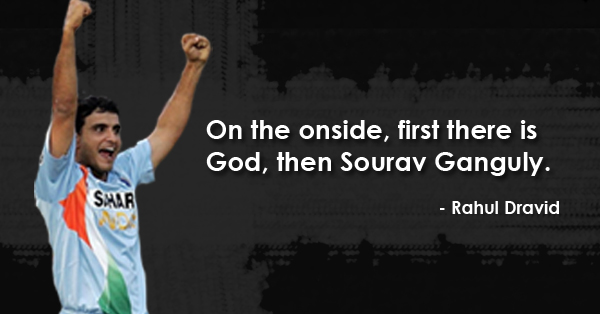 Sourav Ganguly has been a gem for the Indian cricket team and today, we would like to highlight 10 astonishing facts about him, which you probably didn’t know.

Sourav Ganguly is a former Indian captain, specialist batsman & an all rounder. He was an aggressive batsman unlike Rahul Dravid or M. S. Dhoni. He was well known for his perfect timing through the offside and often considered as GOD OF OFFSIDE. He also had good grip on his bowling skills. He was a medium pace bowler. Since his retirement, he has been a great commentator. But did you know that he wasn’t even a left handed batsman? He chose to become one so that he can use his elder brother’s gear. He had perfect idea of who should be picked in for a particular series & who should play at what spot to get the best out of them. Under his leadership, India Defeated Australia and Pakistan in their own countries. There are few such things you should know about him. \ Birthday Special ~ 16 Facts About M.S. Dhoni We Bet You Didn’t Know!!
11 Reasons Why Sourav Ganguly Was A Better Captain Than M.S. Dhoni