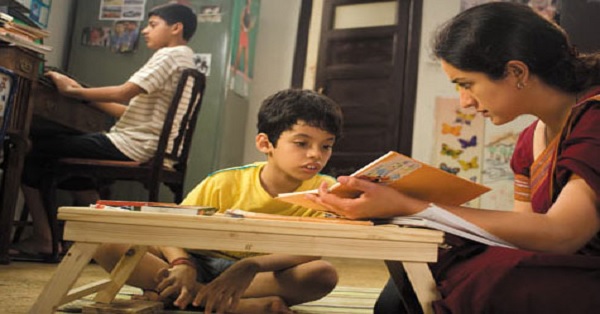 Kids can be a great source of joy to their parents. Their heart-warming innocence and exuberance can make any parent smile even in the darkest of hours. Nevertheless, kids are humans after all and as such, get cranky when their parents don’t quite act in a manner they like. They might not blurt out their reaction (for obvious reasons) before their parents but they seriously have something going on in their mind. Let’s get on with it.

1. Why do you keep whispering on phone? Talk loudly

No wonder why the cell phones have got the speaker mode. It is to reassure the parents that their kids aren’t hatching a plan to break into the ‘World Bank’.

Holy shit!! Will somebody please tell him that National Geographic is just a cover-up for Fashion TV I’m so in love with?

3. Look how the kid next-door behaves. Learn some manners from him.

Did you say manners? Would you say the same when you see him bullying the younger ones at high school or sweet-talking to the teachers just to gain their favor in the examinations.

4. Princess, you are the sole reason for my happiness!!

Really?? Enough of melodrama mom! Should I remind you about the other night when you broke into such a hysterical bout of laughter while watching that comedy show that our neighbors had to intervene and beg you to stop. What was that? We don’t call it sadness I guess.

Excuse me!! I rather think you are too old to be there.

6. I’ll give a speech in your praise in the next Parents day meet. Doesn’t that sound cool?

Hell no. That sounds so terrible. That would change my image of a ravisher to that of a toddler in a split second

7. When I was your age, I was so mature unlike you

Okay, Fine. Good for you. But please stop bragging about your pre-mature maturity. Will you?

8. Don’t you get everything even before you mention it?

That’s an out-and-out lie. I’ve been crying for the Play Station 4 all this while. Where is it?
I still have to play games on this outdated Play Station 3.

9. So, today we are going to this party and I’ll decide what you will wear

Be my guest. Why don’t you also decide what food to have and what not at the party? Ah, so silly of me. Of course, you would had you knew what’s on the menu, right?

10. I’m spending so much after you

Oh, that’s so unheard-of. So, how does it feel to be the first and only parent to do so?