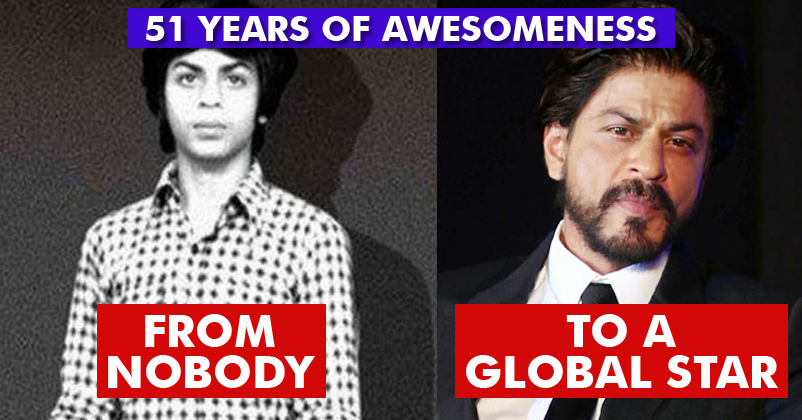 Bollywood has known many fine actors over its long history… the list is endless ! But time and again, since the first sounds of DDLJ first echoed the cinema halls, SRK has time and again proved, that he is, one of the finest actors that Bollywood has ever seen…. and presently, deserves to be the ‘King Of Bollywood !’

His acting skills are not limited to only a particular kind of role. He can manage almost every genre of Bollywood film industry, effortlessly ! His family background did not connect him to the Indian Film Industry, and after a lot of struggle, like many others… he rose himself to the level of an ideal and successful actor. 3) Limitless experiments with his acting –

Be it ‘My name is Khan’ or playing a ‘psycho killer’ in the movie Darr, he has always experimented with his roles as an actor. You have to admit… nobody romances better than this guy. He has the best chemistry with all of his actresses and has won hearts of almost two generations of women ! He can literally be paired with the youngest of the actresses, and he will still be able to dazzle you with his style and charisma !! He is one of the richest Bollywood actors that ever lived. His life is the perfect love story, with a happy family and a successful career, which he never takes for granted ! In an era where copying other actors and mimicking was considered ‘acting’, Shahrukh Khan brought a subtle individuality and uniqueness in his cinematic skills. He still has that uniqueness and style and that is why, is preferred than any recent actor.

He is considered to be one of the most famous actors internationally after Bollywood stalwarts like Amitabh Bachchan and Mithun Chakraborty ! Can copy his ‘ arms wide open ‘ signature step. The man has set trademarks for himself and his career all his life, and he lives up to that reputation every single day !

10) He is diverse and fresh even after so many years –

And that can only be proved by his latest venture ‘ Fan ‘ ! He can mould into any role and that’s why he still is… the King of Bollywood !