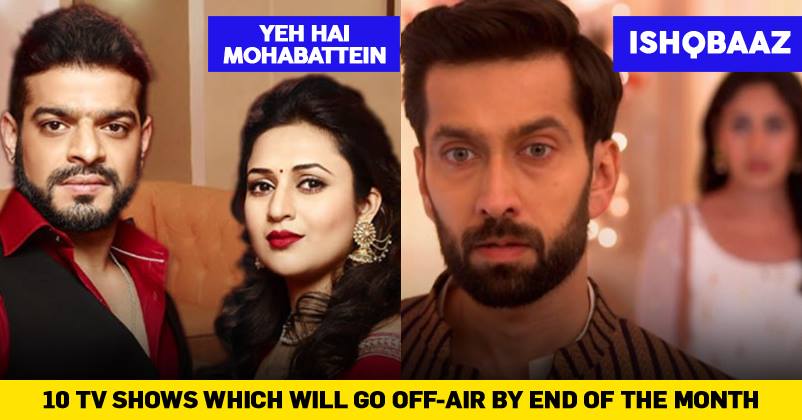 With the onset of the month of October, the last quarter of this year has begun. TRP’s are flying left and right, with popular TV shows taking over prime time slots like Big Boss and Kaun Banega Crorepati. Other buzz around the television industry includes the news of a reboot for Kasauty Zindagi ki and the season 6 of the famous talk show, Koffee with Karan. But introduction of something new always means that we have to bid goodbye to the old ones.

A show where kids are judged based on their acting ability, the show features Sonali Bendre, Vivek Oberoi and Anurag Basu as the judges. Hosted by Rithvik Dhanjani and Ragini Khanna the show has a fun and playful format which was a huge hit among the audience. But now the show is coming to an end, with the finale just lurking around the corner. Although the show will go off air by the end of this month, producers are sure to come back with a 2nd season next year.

Introduced in 2014, the show was an instant hit with the audiences. But now it has been 4 years and the times have changed. With TRP’s hitting an all time low, Colors has decided to focus on Big Boss and shelve Udaan by the end of this month.

The show is the story of an Indian warrior of the same name who belonged to the region of Punjab and was responsible for taking on Alexander when he arrived in India. Sony’s high production TV show too will apparently go off air, this month.

With few of the most famous celebrities starring in the show such as Karan Patel, Divyanka Tripathi the show is coming to an end soon, this month. The show has almost completed 1600 episodes from its day of release back in December 2013.

The story of a business and his struggles at love starring Karan Kundra and Yogita Bihani, as of 27th September completed 71 episodes. Due to reports of low TRP, rumours have it that the show will soon come to an end giving way for newer shows making headlines.

The show stars Bhanu Uday and Sonal Vengurlekar in the lead roles, and is about a young man who is forced to take care of his family and enter politics as a last resort. The show is running on extremely low TRP’s and if reports are to be believed then the producers have decided to bring the show to an end by the start of November 2018.

Bitti Businesswali is a modern day TV show that is being telecast on &TV. The show started back in July and received mixed reviews alongside a low plunge in the TRP pool. With reports of TRP’s as low as 1.1, it is no surprise that the producers have decided to discontinue the show.

A love story about Pankti (Jannat Zubair) falling for Ahaan (Rahil Azam) and the hurdles they face when Pamkti’s parents decide to get her married to a rich businessman. The show first debuted in September 2017 and due to falling TRP’s, is now to be shut down on the 12th of October 2018.

With a unique plot that is about an eight year old girl who takes us on a journey through her childhood, narrating incidents and important moments in her life. The show was a breath of fresh air on Indian television but is now set to go off air this month despite being only a few months old, due to very low TRPs.

Ishqbaaz is a popular TV show that has entertained the audience for well over two years. Although there have been hoaxes in the past, according to recent industry insider sources, the show is set to go off air by November 2018.

Although sad, we can still hope for producers to bring back these shows after a certain hiatus from the industry. What are your thoughts about this? Are you disappointed by any of the cancellations? Please feel free to share your thoughts with us below.