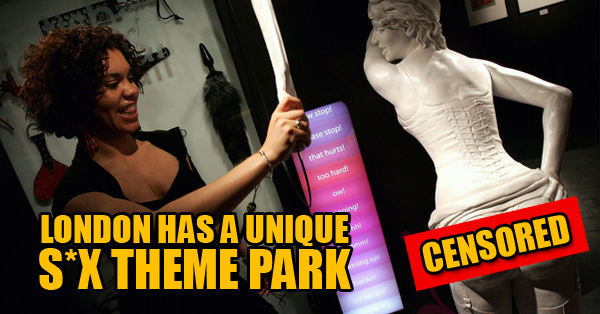 Amusements parks like Disneyland or Disney World are fun right? Everyone love amusement parks for roller coasters and corn dogs. But you know we humans do and create some really weird things and these 10 theme parks are also part of it.

on and Carla Bluntschli, an American couple decided to build a theme park that would allow visitors to see what it was like to be a slave. Diggerland is a theme park in New Jersey that lets you operate a backhoe, drive a mini land rover, or try to knock bowling pins over with a digger. If you like to swim with crocodiles this one is specially for you. Išgyvenimo Drama is located in Lithuania and is made from an actual bunker that was used when Russia was still considered the U.S.S.R. According to their website, Dutch Village “is like a step back into the Netherlands of over 100 years ago,” The theme park is based on one the most popular game “Angry Birds”. You can understand with the pick below and their tagline “Disney is too far to go, please come to Shijingshan!”. In 2007, London opened a sex theme park called Amora that lasted until April 2008. Its name say everything its all about. 17 Photos Of Tallest Manmade Structures That Will Make Your Palm Sweat.
10 Celebs With Awesome Hidden Talents