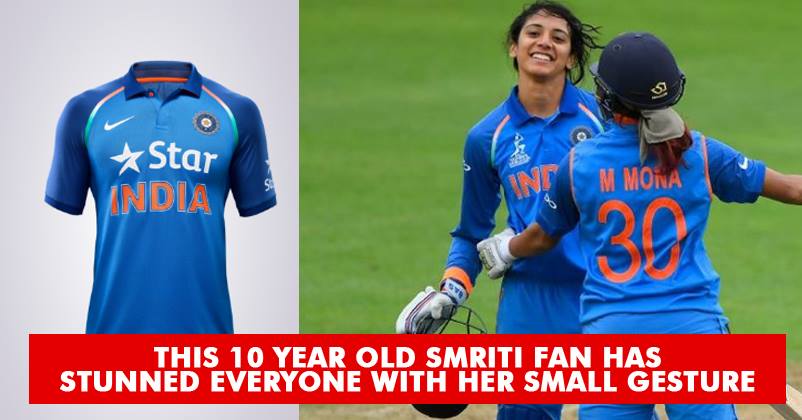 Indian woman cricketer Smriti Mandhana (20) is now a well-known sportsperson among cricket fans, thanks to her performances in ICC Women World Cup 2017. The left-handed stylish batswoman from Mumbai scored 90 runs in the first match of the tournament and then an unbeaten century against West Indies. It is good for the women’s cricket in India that women cricketers are being noticed and people want to know more about them. 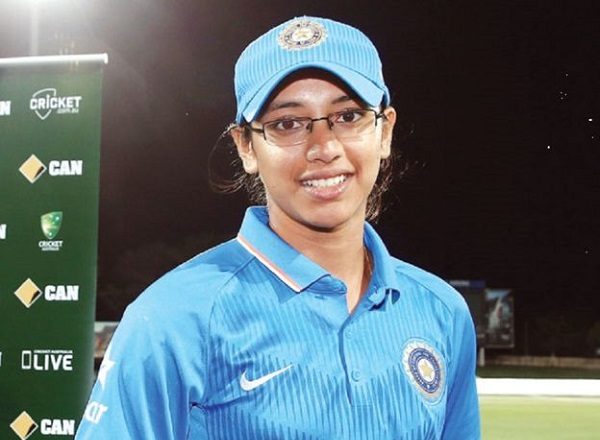 Here is a story which has been posted by a Twitter handle known as “Ladies Who League” and it tells how a 10-yr old made all heads turn in a sports and apparel store.

Yes, that’s right! A little girl asked the staff of the store to customize the jersey of the Indian cricket team and write “Mandhana” at its back side.

“The Women’s World Cup (Cricket) is being broadcast and I had the opportunity to witness how it is making a small but significant difference.

Was at the Nike Store yesterday when a girl aged about 10 years walked in and asked if the store would customise her Indian cricket team jersey, The player name she wanted was “Mandhana” (Smriti Mandhana).

She left everyone absolutely stunned. This is the first time anyone at that store including myself had heard someone wanting the name of a female cricketer on their Indian Cricket Team jersey.

Can only hope that this is the first of many!” 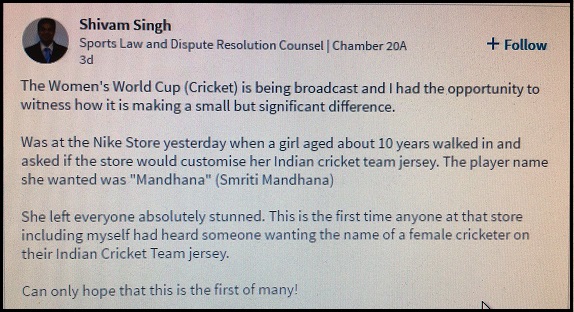 Ladies Who League‏ shared the post with caption, “This is how the #WWC2017 is changing the world.”

The group “Ladies Who League” promotes women sports and by sharing this post on Twitter, it has made it clear that people are following women’s cricket. What’s more, it’s high time that BCCI should also focus more on women’s cricket and come up with something like Women’s Big Bash League as Australia has done. This will not only increase the popularity of the women’s cricket but also nurture players for the future and strengthen the team.

So are you following Smriti Mandhana and women’s cricket?