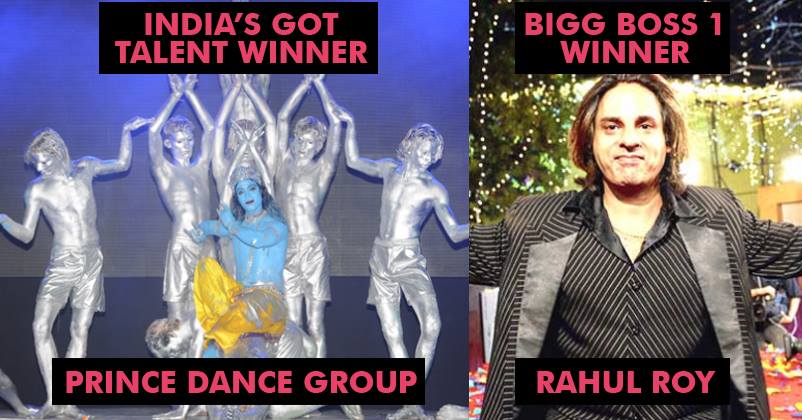 Unquestionably, reality shows offer one of the best platforms to show talent to a large number of people and gain name and fame which would have been much difficult and rather time consuming if one actually struggles for the same. At the same time, they give a lifetime opportunity to convert your dreams to reality and some of the reality show winners have done it too! However, there have been few who just vanished after tasting success and could not survive in the industry!

Here we present the list of 11 such reality show winners who disappeared in thin air after being popular : Qazi became quite popular when he won Fame Gurukul; however, he did not do much afterward.

After winning Channel V’s Popstars, Aasma band couldn’t survive in the industry and even though few members continued, the band did not. Remember Elesh Parujanwala? Yes, you guessed it right! He’s the man who won Rakhi Ka Sawayamwar but unluckily even such a show could not get him fame. Although Vipul claimed not to be disappeared like many others subsequent to his win in the sixth season of Indian Idol, he was also not seen after the reality show. After winning Fame Gurukul alongside Qazi Toukeer, Ruprekha too vanished in thin air.

“Just Dance” undoubtedly gained extreme fame among audience for being the Television debut of popular Bollywood actor Hrithik Roshan; however, Ankan Sen, winner of the show, soon disappeared from the industry. Anthony too couldn’t make a thriving career despite winning the fourth season of Roadies. Prince Dance Group doesn’t need any introduction as it stunned viewers from the very first performance in India’s Got Talent and eventually won the first season of the show. Even though Rahul Roy had not been a successful actor, he wasn’t seen much after winning Bigg Boss season 1 too.

Do you know more such winners? Add to the list in the comments section below.

Continue Reading
You may also like...
Related Topics:11 Reality Show Winners Who Just Disappeared After Getting Name, Fame & Money