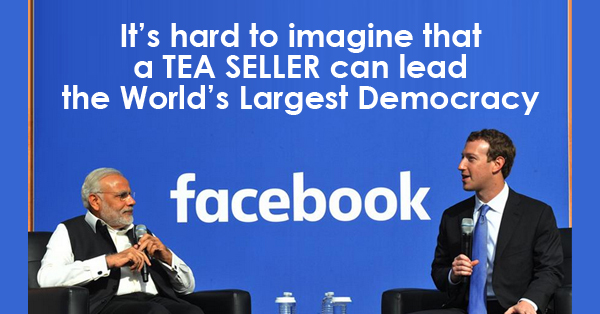 Phewwww!! Modi is all over the Internet yet Again!! India, US, Pakistan and many other countries had an eye on Modi’s visit to America again & especially his visit to the Silicon Valley to meet the top CEO’s of the world. Everyone had an eye on Modi’s meet with the top CEO’s – Tim Cook (CEO of APPLE), Satya Nadella (CEO of Microsoft), Mark Zuckerberg(CEO – Facebook) & Sundar Pichai (CEO – Google).

Modi in the evening(according to IST), visited the Facebook Headquarters where he had to be a part of Townhall Q&A Session. Where he had to answer couple of questions asked by Mark & Others in the crowd. Modi answered questions relating to Business developments in India, Infrastructure facilities, he gave reasons for the time taken for reforms, he also spoke about his future plans and developments. He even spoke about how women now a days are playing major role and his plans to improve the state of women in the Country. In the end answering to Mark Zuckerberg’s question about Family and importance of Mother, Prime Minister Modi got a little emotional and said “His mother has gone trough difficult times and managed to feed him and give him the life.” He also thanked thousands of Mothers who struggle to see a smile on their Kids face.
If you missed this epic Q&A session, here we bring you the important quotes given by Modi during the session. Watch the entire video of the Townhall Q&A Here Directly.