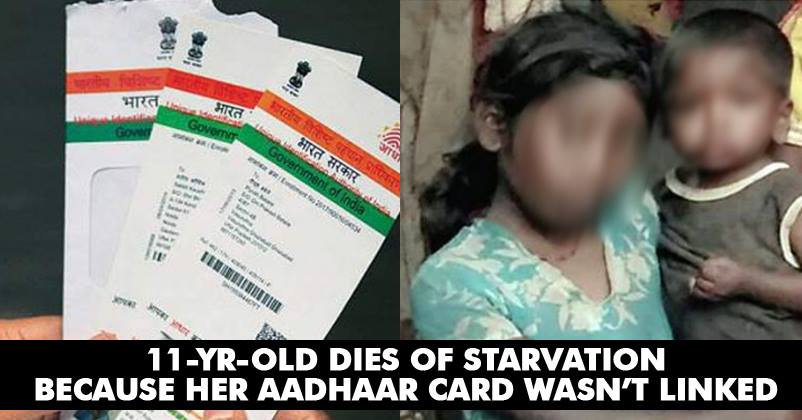 The Central government has made Aadhaar compulsory for majority of the welfare schemes. Even bank accounts, ration cards, etc. are getting linked or seeded with Aadhaar. This move is promoted in order to cut down the chances of having fake accounts or fake ration cards and make sure that only those can take the benefits who actually need it.

However, an unfortunate incident which took place in Jharkhand has left public, authorities and government in a state of shock. 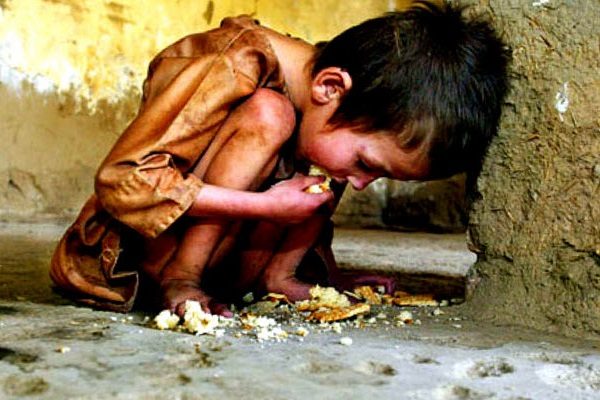 A poor family of Simdega district lost its daughter of 11 yrs when their ration card was cancelled as it was not linked with Aadhaar and because of this reason, their ration dealer refused to give them ration. The girl’s name was Santoshi Kumari and she was from Karimati village of the district.

Her family doesn’t have any land and permanent job which makes them suitable beneficiaries of subsidised rations under the National Food Security Act.

Due to the holidays of Durga Puja, Santoshi didn’t even get mid-day meals in school and for straight eight days, she was without food which resulted in her death on September 28.

Orders of the government:

The ration dealer was following the order of the Central government issued in February which made Aadhaar compulsory for all welfare schemes but the Right to Food campaign activists say that it is a clear violation of Supreme Court orders which state that Aadhaar can’t be made compulsory for the government welfare scheme, subsidised food grains scheme in particular.

This problem is being faced in Jharkhand, Rajasthan and many other states and sometimes, even if a person has Aadhaar, his account is not linked with it due to Internet or server issues and his name is deleted from the list. Names of many eligible beneficiaries have been deleted due to these reasons and this is definitely a matter of serious concern. 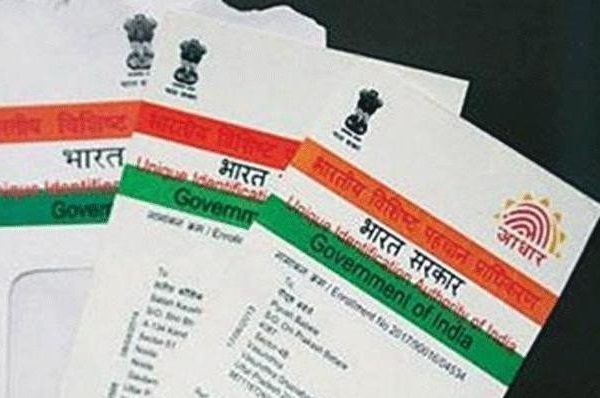 No innocent should suffer in the govt’s working style:

The government should bring a little leniency in their working style and before making Aadhaar compulsory for everything, they should make sure that no innocent should suffer.

What do you have to say in this connection?