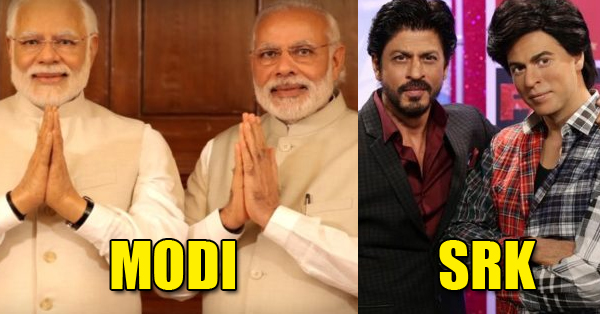 Madame Tussauds is a popular wax museum and a major tourist attraction in London. It was founded by wax sculptor Marie Tussaud. Apart from London, this wax museum has branches in other major cities like Sydney, Hong Kong, Shanghai, Hollywood, Singapore, Washington D.C. In November 2015, Madame Tussauds announced that it would open a wax museum in New Delhi in 2017. As Narendra Modi’s wax statue in Madame Tussauds has been unveiled and is installed in some of its branches, let us take a look at all the Indian wax statues at Madame Tussauds.

Her presenting you 12 wax statues of Indian celebrities at Madame Tussauds.!! Twitterati Went Completely Crazy As Soon As Chetan Bhagat Tweeted! They Kept Trolling N Trolling!
9 Facts You Should Know About Shriya Pilgaonkar, The Girl Who Made Debut In FAN opposite SRK!!