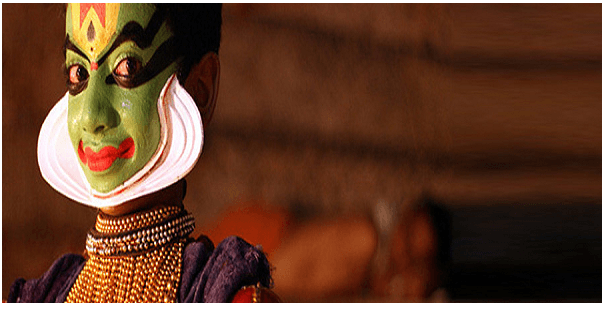 South India is messy. There are people everywhere, forever rushing, traffic jams and not a moment of peace. Here we give you twelve reasons why South India is disgusting:-

1. The climate is horrible. Ooty is one of the top hill stations. There’s Munnar too. Seriously, who likes the temperatures of 20 degree even in crazy hot summer?

2. South Indians are such noobs. Vishwanathan Anand, Ramanujam, Dr. A.P.J Abdul Kalam are all from South India. IIT Madras is in South India, it’s one of the top IITs know? But well, South Indians are stupid.

3. There are no places of fun.

Have you ever been to any major South Indian city which houses places of interest? Like Hyderabad has Ramoji Film City? Bangalore has Wonder La?  How about the Nilgiris? Ever gave a thought to Hampi? Or the Chinese fishing nets in Kochi? South India is extremely boring! Coorg has its tea estates, so does Munnar. Boat houses complete Kerala. Hyderabad is overflowing with royal heritage. There are beaches in every corner, South India is extremely bland.

5. Food in South India is horrid. Idli, dosa, appam, vadas. What was the chef thinking when he made the very nutritious idli? Idli is one of the most wholesome foods out there and can be paired with various curries, chutney, rasams. Also, South Indian food is easy on stomach. It treats your taste buds without taking a toll on your digestion. South Indian food is the most boring and tasteless ever!

6. South Indians are dark and ugly. Have you seen them? Deepika Padukone, Sridevi, Anushka Sharma, Illeana, Asin  and the like? Ugh. So talentless ya! Bollywood is so not dependent on them. I don’t understand why Amitabh Bachchan has such respect and camaraderie with Rajni saar. They don’t believe in following culture. Pongal, Deepawali, Ugadi and festivals like that aren’t promoted and celebrated with joy. Have you seen the Keralites in their white-gold saree for every Onam? Do you observe the art of floral rangoli without fail? No culture only! They will talk to non South Indians in Hindi. They totally don’t mind that the North Indians don’t know and seldom make an attempt to learn the regional language. These South Indians co-exist in peace, what the hell! So rude! The roads are so narrow and dirty, they are wide and clean. The transport systems are much unmanaged – did you know that BMTC, the Bangalore Metropolitan Transport Corporation has the highest number of Volvo buses in the whole country? So lame! Every South Indian state has beaches? What? So lame, know? Mangalore, Varkala, Gokarna, Chirala, Covelong, Antarvedi, Karwar, Marawanthe beaches? The beautiful sunrises and sunsets and the sands and the lovely weather? So boring.

12. There is no heritage in South India. Mysore houses some of the most beautiful palaces of the country. Hyderabad is the living proof of everything royal.  Tamilnadu and Andhra Pradesh have intricate architectural beauty inherit in them. Hampi always has more to offer. There is totally no heritage in South India.