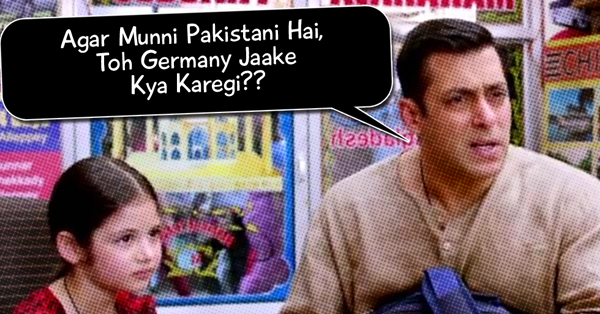 A week after the successful release of Baahubali, film maker Kabir Khan has come up with a pleasant eid gift to all the movie lovers with the release of Bajrangi Bhaijaan. Kabir Khan’s second movie with Bollywood ka Bhai – Superstar Salman Khan has come up to expectations of all the movie critics, Salman fans & other people too(who probably didn’t like Salman as an actor). Bajrangi Bhaijaan made an awesome collection of 27 Crores on a non-holiday opening day & the numbers just doubled on the second day(collections yet to be updated).

Everyone who came up to the theaters with a pre-assumption that Salman’s Movies have no story and no acting, returned back with a satisfactory & a pleasant smile on their faces. Bajrangi Bhaijaan to many including Salim Khan( Salman’s Father) is the best Salman Khan movie till date. Salman played the character of a innocent man from a Small town of Uttar Pradesh who struggles and puts all his effort to help a Pakistani Girl reach her parents in Pakistan. Salman justified the role in a way that no actor could have done it better than him. With second-half going even better with Nawazuddin Siddiqui’s entry as a reporter made the crowd burst into laughter with his timing & dialogue delivery.

But, in my view the credit of all the success goes to that Little girl Harshali Malhotra(Pakistani Girl in the Movie) who didn’t speak even a single word till the end but made a Million fans just by her cute expressions and smile.

Apart from having a few hard hitting dialogues the movie mainly had Dialogues which were absolutely funny. Team BOLLYWOOD DOSER piled up 13 Such dialogues from the movie which will just make you fall in love with the movie. Have a Look: How did you find these awesome dialogues? SHARE if you liked it & if you are seriously a movie lover you just can’t afford to miss this movie. Go Watch It Now!! I’m sure you won’t regret it at any time in your life.

10 Ultimate Graphic Games of 2015 That Are Better Than Having Girlfriend
Top 7 SRK Controversies That Shocked Fans And Bollywood!