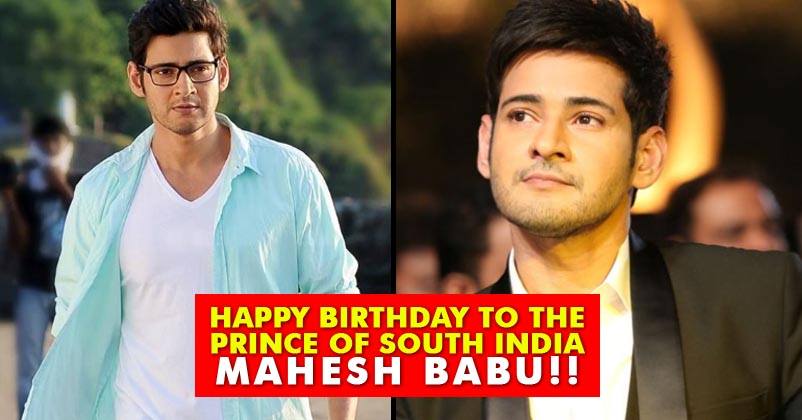 Here are the 13 Unknown Facts about Mahesh Babu..!!

1. Mahesh Babu started acting at the age of 4 In 1979 Mahesh Babu visited the Sets of “Needa”, a Telugu Film where its Director Dasari Narayana Rao shot few narrative sequences of him. This became the debut for Mahesh Babu in Telugu Film industry as a 4 Year Child Actor.

2. Actor Karthi was his schoolmate in Chennai 3. Mahesh Babu acted in 9 films before playing the role of hero in his film

4. In 1990 he followed his father’s order and took a Break from movies for 9 years After Acting in Anna Thammudu, his father Krishna asked him to stop acting and concentrate on studies. Mahesh Babu obeyed his father and took a break from the movies.

Directed by K.Raghavendra Rao and co-starring Priety Zinta, this film was a commercial success at the Box Office. He received Nandi Award for Best Male Debut for this film. His next 2 films didn’t reach the expected outcome.

6. In 2003, his film Okkadu became the highest grossing Telugu film of that year 7. Mahesh Dated his co-star Namratha during the Film Shoot of Vamshi in 2002 After being in relationship for 4 overs with Namratha, they decided to get married. Manjula, Mahesh’s sister, convinced Krishna and they got married on 10th February 2005 at the Marriott Hotel in Mumbai.

8. He gave voiceover for 2 Telugu Films He agreed to give voice over for Trivikarm’s Jalsa and Srinu Vaitla’s Baadshah. He also agreed to sing a song in his own film Businessman. After the revenue loss of Athadu , Mahesh Babu took a break of 4 Months for growing his hair and paired up with Puri Jagannadh for Pokiri. Made with a Budget of 100 Million in 2006 and a shooting span of 6 months , the film went onto become the Highest Grossing Telugu Film of all time breaking all the records.

10. First place in Times most desirable men in India 11. Income Tax Raid after the Success of Dookudu He won Best Telugu Actor Award at Filmfare and at SIIMA for this Film. After the film Dookudu earned a gross of 1 Billion, Income Tax officials raided his residence in Jubliee Hills. However, it was rumoured that he got a remuneration of over 1.2 Million. It is also Reported that Mahesh Babu is second highest paid actor in South India after Rajnikanth. 13. Although Mahesh Babu is a Superstar of Telugu film Industry, he can’t read Telugu Language Yes you heard it right. As he was born and brought up in Chennai, he never had an option to study Telugu Language. He can understand and talk Telugu fluently but he is unable to read it.  He listens to the dialogues from the director and presents it in his Films.

From the Team of RVCJ we Wish him a Very Happy Birthday.

14 Facts Which We Feel Are Absolutely True But Actually Aren’t!
Sony Channel Takes A Big Decision With Regards To TKSS! Here’s What Will Happen To The Show!