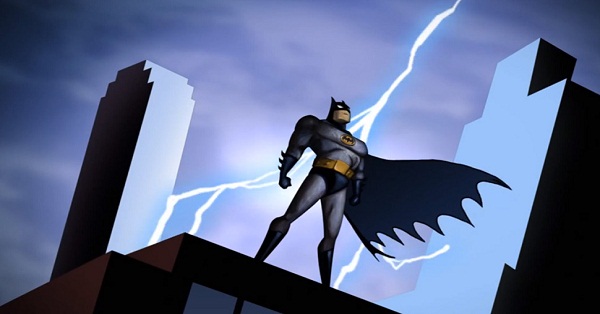 No matter how much of a grown-up you are, whenever you see a superhero rescuing people on the TV screen, you just can’t stop cheering him. You can’t stop the child inside you from jumping off his seat and saying “Take him down BATMAN!”. Superheroes have been a source of inspiration for all ages. Whether you’re a comic guy or a movie buff, you can’t deny the everlasting impact these guys have on our culture. Ever since we were kids we looked up to these guys and have always dreamt of becoming one. These characters are so attached to our subconscious that we can’t go through a week without thinking or imagining about them in our day-to-day life activities. There are numerous superheroes based on different comic publishers and countries. Out of all superheroes, one superhero who is definitely one of the widely popular and most followed across the globe is Batman. Batman has been the most commercially successful superhero of all time in terms of movies, TV shows, games, and comics. But what makes Batman so popular? The answer is BECAUSE HE’S BATMAN! Nah, I am not gonna get away with that today.

So let me state the reasons why Batman is the greatest superhero of all time, what makes him so popular, and why the answer is always BATMAN!

1. Because he knows what loss is, he has suffered a lot of pain in his life. He saw his parents getting killed and then he swore an oath to rid the Gotham city of the evil that had taken his parents’ lives. 2. Because he represents a symbol. As a kid he was always afraid of the bats so he took up the mantle of the bat. He overcame his fears, he became something more than just flesh and blood, he became BATMAN! 3. Because he has a code, he lives by his rules. He can kill anyone if he wants to, but he chooses not to. That’s what separates him from what he’s fighting against. He seeks justice, not revenge. 4. Because he’s a human. Batman doesn’t have any superpowers, all he has is his wits, body and will. He has dedicated his entire life to fighting crime. His training in martial arts, and his mastery in different styles like Muay Tai, Judo, Taekwondo makes him a superhero.

5. Because he has the greatest superhero movie series of all time. Oh yeah even Christopher Nolan couldn’t resist himself from Batman. The Dark Knight Trilogy took the legend of Batman to a whole new level. The thematic storytelling and depth, grounded in reality, darker nature, breaking superhero clichés reinvented Batman. 6. Because he has the most awesome superhero animated series of all time. Words are not enough to describe the epicness of this series. The voices of Kevin Conroy and Mark Hamill made the Batman adventures came to life. The amazing soundtrack, darker tone (although this series drew its inspiration from 1989 Burton’s Batman) made it one of the greatest comic book animated series of all time. 8. Because he has the most interesting villains, arguably the best rogues gallery. The Joker, Two-Face, Bane, Poison-Ivy, Scarecrow, The Penguin, The Riddler…and a lot more. So many exciting characters, well-developed and are widely popular. The Joker and Batman rivalry surely tops my list of the greatest comic book rivalries. 9. Because anyone can be BATMAN! We don’t need to be a Kryptonian or to be bitten by a radioactive spider to become a superhero. We need a strong discipline and firm willpower to become a hero. Batman represents an idea. 10. Because he never gives up. He has the human limitations and weaknesses, but that doesn’t stop him from doing what is right. When encountered with guys who were stronger than him in strength and had superpowers, he didn’t back off. He stood his ground and emerged victorious. 11. Because he’s a larger than life character. He got electrocuted by a villain, he blew himself up in Red Son, he staged his death in TDKR, he got stabbed by a shovel into his chest by Ra’s al Ghul , he got his back broken by bane, and was subjected to infinite tortures by Joker. But he always comes back. 12. Because he’s everything one would ever want to be. He’s a genius, billionaire, playboy, philanthropist , detective, pilot, escape artist, skilled in several forms of martial arts, strategist, tactician, scientist, engineer and the list goes on…