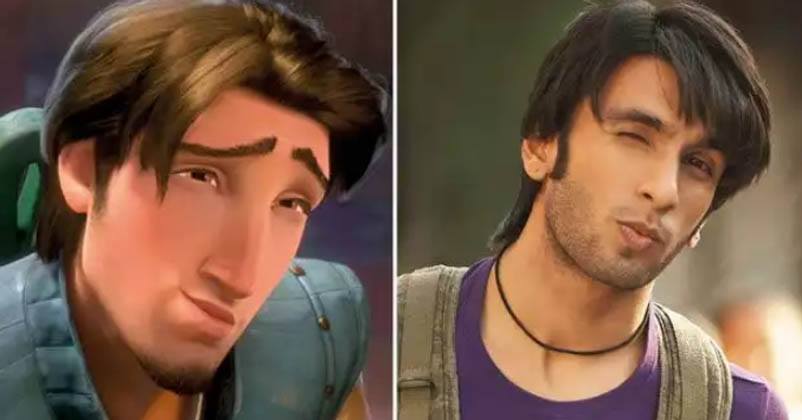 Do you how most of the cartoons are created? Well, most of them are not newly created but are inspired from some people i.e. cartoon lookalikes. Just as we have doppelgangers, even these cartoons have them.

You must have read our previous article on celebrity lookalikes. In today’s article, we will shed light on cartoon lookalikes. There are many people who actually look ditto like fictional cartoon characters.

You will be immediately able to relate to them once you have a look at the pictures. Meet these 15 lookalikes…

1. This is a copy version of the Granny from the cartoon show Looney tunes 2. Russell from UP movie 3. Almost close….check this closely Linguini from the movie Ratatouille 4. This face is very similar to the character Boo from Monsters Inc. 5. This is Carl From Up movie 6. The cartoon character Meg Griffin from Family Guy has a look alike just too similar 8. This Comedian Keenan Thompson looks exactly like the cartoon character Winnie the Pooh

9. The very popular Singer named Kelly Rowland has very close enough face to the most popular cartoon character Princess Tiana who is a Disney princess 11. Bob Saget in this picture looks just the character sketch of Woody from the movie (Toy Story) 12. Adrien Brody resembles very much to the cartoon character Flint Lockwood from the movie (Cloudy with a chance of Meatballs) 14. This pic is the resemblance of two. The character of ‘Tangled’ named Eugene Fitzherbert seems to be inspired by the look of Ranveer Singh. Let us know which human resemble the most with cartoon character. If you have anything to share then mention in comments section below