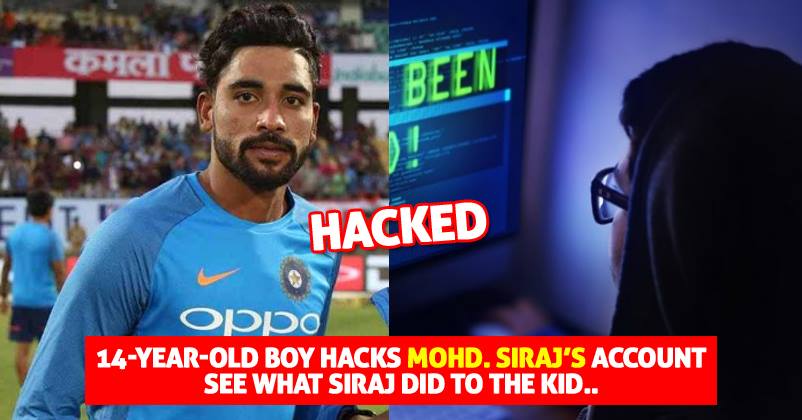 Cyber crime has become a common affair these days; every now and then, we hear of how easily social media accounts are easily hacked. Not only expert hackers, but even young students attempt this. Well , this is no less than harassment.

Recent one to face the brunt of hacking is none other than our famous cricketer Mohammed Siraj. Yes , his Gmail, Instagram and Facebook accounts got hacked and that too by a 14 year old boy, can you believe it? 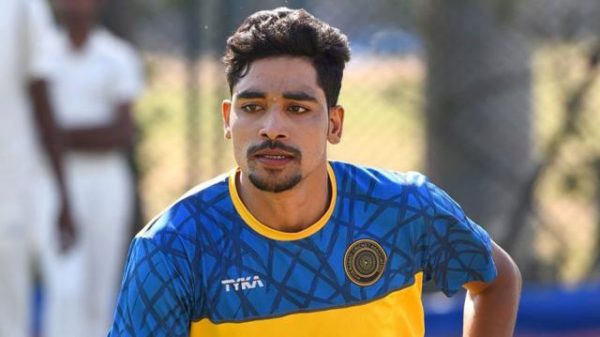 The 14 year old boy sent “I love you” texts to all his friends and contacts. As soon as Siraj came to know about this, he filed case with Cybercrime cell and they immediately traced the tracker i.e. a 14 year old boy. They found out that he is a big fan of Mohammed Siraj.

The boy had set a phone number as password to all accounts; the moment cyber crime department traced the number, they found out the culprit. Reports say that the 14 yr old boy from Begumpet is a watchman’s son & his brother is good friends with Siraj.

Police was going to action against the boy after initial investigation, but Siraj’s gesture won hearts.

Yes, he made a special request to police to not file a case against the minor or book him; Siraj felt that the future of the boy might be ruined if a case is filed, which is why he was against any action.

He even thanked Telangana police for their help; 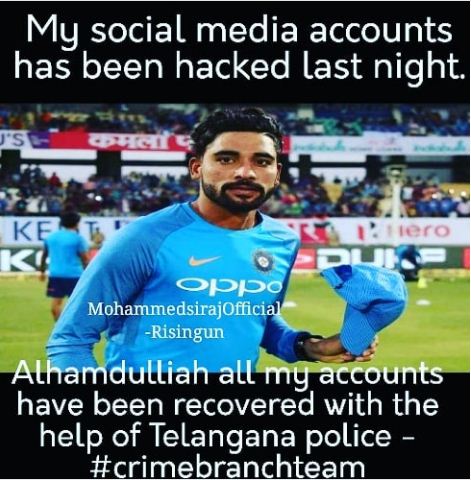 Siraj definitely has a soft heart and this incident was a proof of the same. What do you have to say?