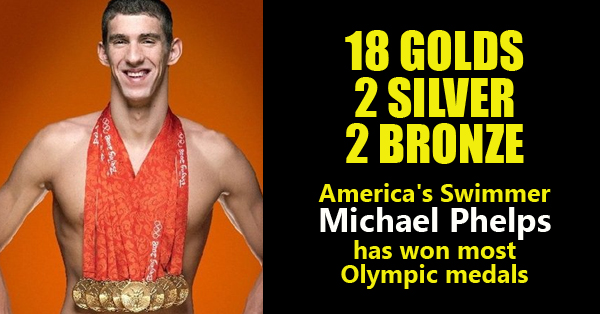 The modern Olympics games or popularly known as Olympics are the international sporting events featuring thousand’s of athletes who take part in a variety of sports competitions. Olympics are conducted in different categories like summer,winter, summer paralympic, winter paralympic, summer deaflympic, winter youth, summer youth etc. The Olympic games are considered as the world’s biggest sports competition as more than 200 countries take part in it. They are held once in four years, with Summer and Winter games alternatively occur every 4 years but 2 years apart.

2016 Summer Olympics will be held in Rio de Janeiro, Brazil. So here presenting you 15 facts you should know about Olympic games.

1. The first Olympic games played under International Olympic committee was in Athens in 1896.

It was played by 241 athletes from 14 nations and competed in 43 events. 2. This year’s Summer Olympics will be the 28th edition of the Olympic games. 3. London has hosted Olympics for 3 times, most by any city 4. The first medal at the inaugural edition of 1896 was won by James Connoly (America)

He took a break from his studies at Harvard University and it paid off. At that time, the top prize was a silver medal and olive leaf. 5. The 1936 Berlin Olympics were the first Olympic games to ever be Televised.

However, the worldwide broadcast started in the 1960s only. Before that people used get Olympic information in radios and newspapers only. 6. Modern Olympics were cancelled 3 times due to World wars 7. The Ancient Greek athletes competed without clothes on their bodies

8. The Gold medals presented to the winners are not purely Gold.

The gold medals awarded now are silver medals with gold coating. However, it doesn’t matter when you can win a gold medal competing against 200+ countries. 9. Oscar Swahn is the oldest person to win an Olympic medal.

Oscar was a Swedish shooting expert and he won his first Olympic medal in 1908. 10. At 10 years & 218 days, Dimitrios Loundras won a medal at Olympic games. He is still the youngest competitor and medalist on record.

Dimitrios was a Greek gymnast who took part in 1896 Olympics. 11. Abebe Bikila won a Gold medal in a marathon by barefoot.

He was also the first African to win a gold medal. 12. The United States has won a total of 2681 medals at Olympics, most by any country on the planet.

The second in the list USSR doesn’t even have half of the medals of the USA. This list includes both Summer and Winter Olympics.

13. America’s swimmer Michael Phelps has won most Olympic medals than anyone else. His tally includes 18 Gold, 2 silver and 2 bronze 14. Leander Paes is all set to create a world record by playing in 7 consecutive Olympics.

In 1996 Atlanta Olympics, Leander Paes has won a bronze medal in the singles event, thereby becoming the only Indian tennis player to do so. You Will Respect Salman Khan After Knowing The Reason Why He Doesn’t Own An IPL Team
5 IPL Records Which Didn’t Break Since It’s First Edition.!!