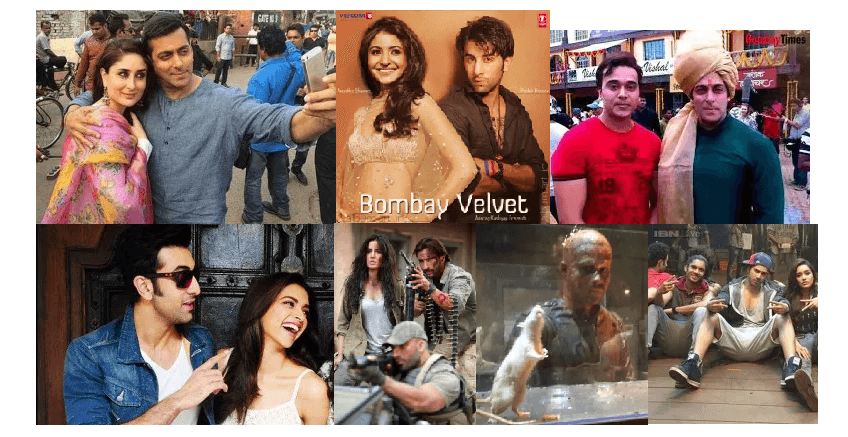 2014 was not a good year for Bollywood Film Industry. Here are some of the movies you should look for in 2015 Buzz was created when it was Known that Salman Khan and Ek Tha Tiger director Kabir Khan are teaming up again for the film ‘Bajrangi Bhaijaan’. Bajrangi Bhaijaan is set to release on Eid 2015 and EK Tha Tiger was also released on Eid. It Features Salman Khan, Kareena Kapoor Khan and Nawazuddin Siddiqui in lead roles. Brothers is the official remake of the Hollywood movie Warrior. The Film will feature Akshay Kumar, Sidharth Malhotra and Jacqueline Fernandez. Bombay Velvet is the most awaited film of Ranbir Kapoor and Anushka Sharma which was originally planned to release in 2014, now film will release on May 2015. The film features Ranbir Kapoor, Anushka Sharma, Raveena Tandon, Karan Johar and Vivaan Shah When It comes For 3Khan’s Film always has a buzz. Salman With Sooraj Barjatya after 15 years and Barjatya as Director after 2006 will be a Diwali gift for all Salman Khan fans. Film Features Salman Khan, Sonam Kapoor, Neil Nitin Mukesh, Armaan Kohli and Anupam Kher. Tevar will be first big movie of 2015. Film Features Arjun Kapoor, Sonakshi Sinha and Manoj Bajpayee. Tevar is a remake of 2003 Telugu Blockbuster Okkadu which has Mahesh Babu as Hero. Kabir Khan and Sajid Nadiadwala team up for Phantom.Phantom deals with 26/11 attack in Mumbai. It features Saif Ali Khan and Katrina Kaif in Lead role. Earlier film was scheduled for release on October 2, 2014 but due to delay in shooting, it will release in 2015. ABCD 2 is the sequel to the 2013’s ABCD which was made by Remo D’souza. Film Features Varun Dhawan, Shraddha Kapoor, Prabhu Deva, Lauren Gottlieb and Dharmesh Yelande. Which movie do you think will break the PK record of 300 Crore? And which Movie you will watch first day first show?

Family & Love All Together – Ranveer Singh Meets The Padukones, Shops With Deepika and Her Family
Lingaa: The First Phenomenon Flop of 2015 – Distributors Asking For Money Back!!!