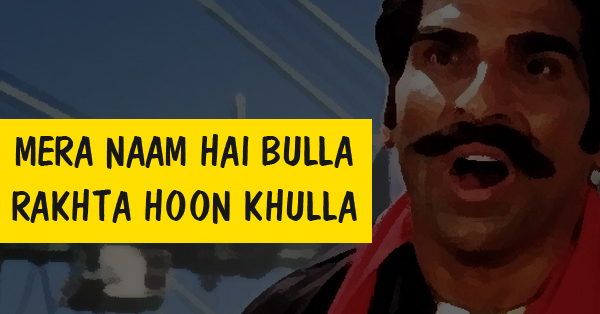 If you haven’t watched GUNDA yet then you don’t know what did you miss.
Year 1998 witnessed release of a Movie which rocked the Bollywood industry & shocked the entire nation. The Movie just gives you a feeling of WTF!! The movie has big names in the cast like Mithun Chakrborty, Mukesh Rishim, Shakti Kapoor and many other super villains of the 19th century. Funny names with illogically witty dialogues makes the movie more interesting. The movie begins with a super duper Intro. Now movie till now could be even close to such Funny Intro of the characters. The movie just leaves you awestruck and stunned. The expressions and dialogue delivery of the actors are just more than awesome. I bet this is the most Epic Movie with an Epic Cast released over decades in Bollywood.

Here we bring you some of the Epic Dialogues from the movie which Outbursts the laughter in us. Please watch the movie alone. It will literally bring in tears in your Eyes and ache in your stomach. Don’t Forget to share the article with all your friends and let them know about this Epic Movie. 😀