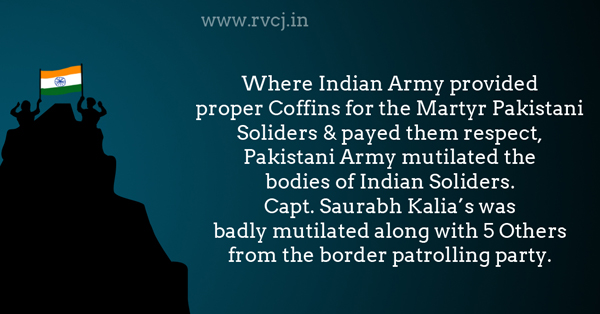 26th July Every year since 1999 is observed as KARGIL VIJAY DIWAS. It was back then in 1999 when India after losing around 500 of its brave soldiers, successfully regained command over the cliffs & few areas in Kargil sector which were lost to Pakistani Infiltrators & Pakistani Army.

The Kargil war was fought for around 2 Months with causalities on both the ends India managed to clinch the victory on July 26th. Since then every year Prime Minister of the country pay homage to the Soldiers who sacrificed their lives in the war at AMAR JAWAN JYOTI situated at India Gate Delhi.

But did you know that Indian army after killing People from Pakistani army arranged for proper coffins and rituals to their dead bodies, whereas Pakistani Army after Brutally killing Indian Jawans mutilated their bodies badly?

Check out these 15 Facts about the Kargil War & Kargil Vijay Diwas you have to know: