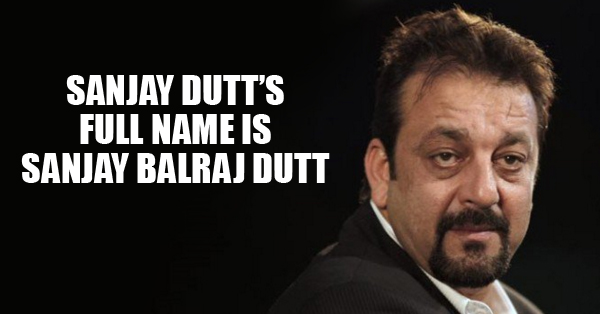 Sanjay Dutt was born on 29th July 1959 in Mumbai Maharashtra. He is the son of Hindi film veteran actors, Sunil Dutt & Nargis Dutt. He became popular for his versatile roles in the Hindi Film Industry. Started acting at the age of 13, Sanjay Dutt has acted in more than 100 films. He was arrested for possessing illegal arms during the 1993 Mumbai Bomb blasts which resulted in 257 deaths and over 700 injured. 2. He is of Punjabi Ethnicity and he loves tattoos. 4. As a child artist, Sanjay Dutt appeared in the film Reshma Aur Shera in 1972. 6. His mother Nargis died in 1981 due to cancer, just before the Premiere of his Debut Film Rocky 7. After his mother’s death, Dutt became a victim of drugs. In his early 20’s he spent 5 months in jail after being caught with illegal drugs. 8. Later he joined a rehabilitation center in Texas, US which was recommended by his father Sunil Dutt. 9. After returning he starred in Jaan ki Baazi. Throughout 80’s he had fared very well in Hindi Film Industry. He was a part of many multi-starrers along Govinda, Dharmendra, Jackie Shroff, Sunny Deol, Mithun etc 10. Just 3 weeks before the release of his film Khal Nayak, Dutt was arrested due to the illegal arms possession in 1993 Mumbai Blasts case. 11. He didn’t have a good personal life. He married thrice. 12. Dutt decided to contest in 2009 Lok Sabha elections as a Samajwadi Party candidate but Supreme Court rejected his candidature due to his involvement in 1993 Mumbai bomb blastings. 13. Munna Bhai series earned him huge commercial success and appreciation. Raj Kumar Hirani is planning for a Biopic film based on his Life. He completed his sentence and was released from jail on 25th February 2016. Did you know all these facts about the Sanju Baba?? Leave your comments in the comments section below. 🙂

These 10 Pics From Deepika Padukone’s Modeling Days Will Take Your Breath Away
15 Interesting Facts You Should Know About The Union Budget Of India!!