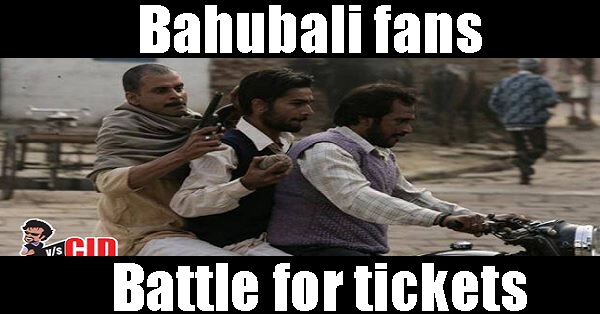 “Baahubali – the Beginning” has boomed up its pace on screens, remained robust on Sunday and Monday.

Monday despite being a working day, Movie raked in more than its opening day collection. Baahubali Hindi version is super-duper on Monday.

It’s a first time for a Telugu film to be dubbed in many regional languages as well as for Karan-Johar’s Productions to acquire its Hindi language release rights. It is also the leading South Indian opener of all time.

Sudha stated the film has “successfully married the traditional Indian movie template with state of the art special effects”.

It broke American box office records by setting up standards for Indian films in foreign audience.

Baahubali’s first part, which spins around a son triumph to know about his father Amarendra, who used to regime “Mahishmati” state of kingdom, and the tales of his adventure. Resemblances to “Lord of the Rings” have been made based on the CGI ballast that was showcased around a 40 minute epic war between Bahubali’s army and Kalakeya’s demons army.

The 2nd part of the film is scheduled for a January’ 2016 release. 6. Dedicated to our admin “Ankt Mor” 15. Captain COOL and the Wall; be always cool. The article is compiled by Cartoonist Mayank

10 Most Compatible Couples According To Zodiac
11 Pictures Of How This Dirty Man Changed Into A HERO Will Amaze You!