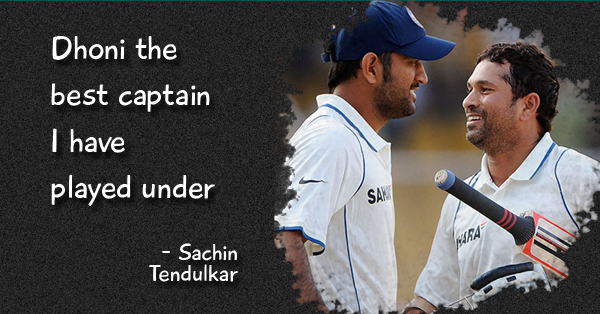 It is barely possible for me to describe this man in Words. Born in 1983 this man has gone from nobody to an International Icon. M.S. Dhoni has contributed so much to the Indian cricket that nobody can question his role and leadership. When Indian Cricket was going through its bad time this man came forward and saved the sinking ship. It was under his Captaincy that Indian won its First T-20 World Cup title and India under his leadership won the World Cup for the first time after 1983 in 2011. He is calm, he wins matches for his team and country, and he is just phenomenal. He is given the title of the Best Finisher. Whatever the situation is he never lets his feelings show-up on his face.

Talking about his career graph, if I quote an Expression “FROM RAGS TO RICHES” it wouldn’t be wrong at all. This guy from a small city in India has with his hard work proved that nothing can come in your way if you have a Strong determination.

He is loved by all the Cricket World and admired by all the legends. Today M.S. Dhoni has turned 33 and here on his birthday we bring you 16 Quotes By legends about this Legend from Ranchi.