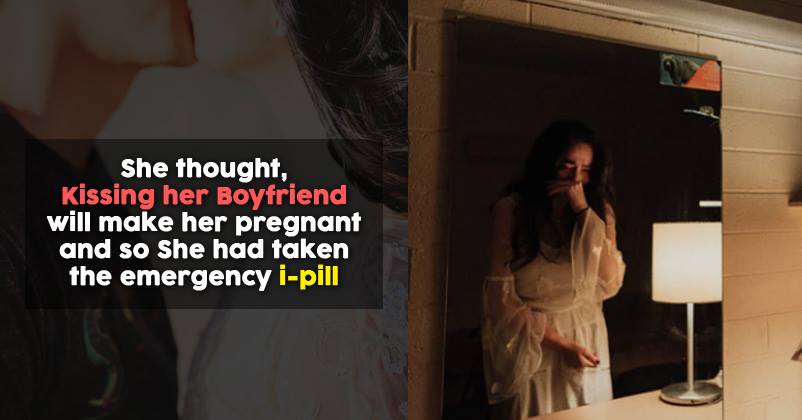 There is no denying the fact that s*xual intimacy is a very important part of our lives but in India, nobody wants to talk about it as it is considered as some sort of taboo. If anyone talks about it frankly than very soon society will assassinate his/her character and people will say a lot of cheap things about the person. Even the schools don’t seem to be serious about s*x education and parents also do not like to talk about it with their children. As a result, whatever our young generation knows about this topic is from the internet which is mostly misrepresented or they remain uneducated.

Dr. SV Kutty shared an incident on her Facebook wall which will clearly explain the poor state of s*x education in our country. She was visited by a 17-yr old girl for checkup and doctor was told by the teenager that she engaged in s*xual activity with her boyfriend and to prevent pregnancy, she has taken an I-Pill. The girl was feeling guilty and she not only apologized to the doctor but also promised that she won’t repeat it again.

Dr. Kutty calmed her down and counseled her and told her that getting physically intimate is ok but precautions are necessary.

However, as the discussion went further, the girl told Dr. Kutty that she has no idea of what a male organ looks like and what it is called, she also didn’t knew how the whole process of s*xual intercourse takes place. Dr. Kutty got surprised and found that the girl had just kissed her boyfriend and she was thinking that she can get pregnant after the kiss.

Dr. Kutty drew diagrams to impart her knowledge about the male organ and whole process of s*x.

“Had a 17 year old female patient today who told me she had had s*x and that she had taken the emergency I pill to prevent pregnancy. She was then apologizing to me, saying that it was a one time mistake. She was ashamed of herself and desperately wanted to impress upon me that she isn’t bad!

I kept telling her that it’s ok. That everyone indulges in s*xual intimacy and the importance is in safety! We continued out conversation and she finally told me that she doesn’t know what s*x actually entails. She didn’t know what a male s*xual organ is called or looked like. I sat her down, drew diagrams and explained the act to her.

This was a young girl who was berating herself for simply having kissed her boyfriend. The state of s*x education is so abysmal that she thought, kissing, will make her pregnant and she used a contraceptive.

Imagine how alone we have made our kids feel. Imagine how much better she would have felt if she had been armed with adequate knowledge and a non judgemental society! Imagine.”

This incident is more than enough to make us understand that we need to take s*x education pretty seriously now. What do you say?

QS Asia University Rankings 2019 List Out. IIT-Bombay Is The Top Indian Institute
Girl Removed Clothes In Front Of Cops & Other Men After They Allegedly Forced Her To Come With Them