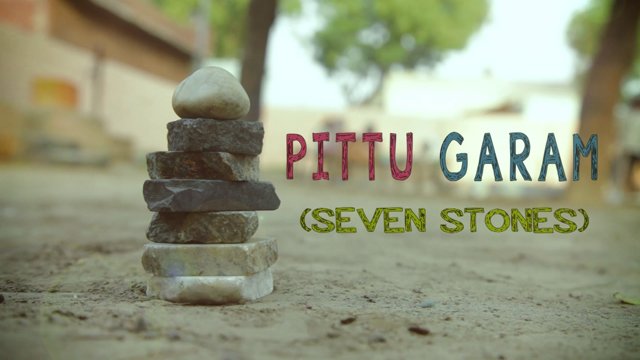 We never knew what Candy Crush was, And still don’t want to know. Our childhood was filled with games that gave us joy and made friendships stronger. We all had friends from different colonies joining in every evening once we came back from school. Gone are those days, but still we can soak ourselves in those memories? Let’s take a tour to our childhood and remember what beautiful days we have left behind. A precedence of Chess, Ashtapada is an age old board game of India, played by 2 to 4 participants Also known as Lagori, Dappa Kali, but all these are just variations. Two teams are made, one team strike the piled up 7-10 marbles and the other team hinders them to re arrange them. This game is popularly known as Seven Stones. Better known in Desi language as “Patang Baaji”. This game used to turn into a family gathering specially during “Makar Sakranti”. Friends and Family all used to indulge in this game. A polular outdoor sports, highly technical and better played in huge ground. This was one of the favorite among the boys, played with two sticks – one big and another one small. The Danda (Bigger one) hits the Gilli (Smaller One). Also known as Snakes and Ladder, Even mummy-papa used to play this with us every Sunday evening. One of the greatest game ever invented. It was all Luck by chance that you win here. A traditional game for many, this game involved throwing one stone in the air and before it drops, collect all the other one. High level of calculation and concentration required. Kancha, basically the game played with marble balls was the most popular game among the children. The players hit the targeted kancha with their own marble ball, and the one who is successful in hitting the targeted “kancha” takes away all the marbles of the opposite team. Most probably our parents have also played this game in their childhood. A tag sport played by teams of twelve players who try to avoid being touched by members of the opposing team. And, the song that we sand was “London Bridge is falling down, falling down” … Very moment the song ends and the one in between the bridge gets caught and is out from the game. A hip hopping game, played by almost all the girls during their childhood. Also known as Hopscotch, in which players toss a small object into numbered spaces of a pattern of rectangles outlined on the ground and then hop or jump through the spaces to retrieve the object. The most popular game in India,the game of kabaddi is in existence for over 4000 years. The most important player requirement is stamina and lung power. You should be able to keep your breath for a long time without any break in between. The game is a children’s game in which a number of players conceal themselves in the environment, to be found by one or more seekers I seriously don’t need to say how to play this game. Sing a song and clap your hands. And here is your past time game.

Skipping to be precise was one of the most common and best physical exercise, yet a great game to be played. A personal favorite, the best of the lot. The innocence and naughtiness of this game is beyond comparison. Tug of War is a sport that directly puts two or more teams against each other in a test of strength: teams pull on opposite ends of a rope, with the goal being to bring the rope a certain distance in one direction against the force of the opposing team’s pull. Tell us which was your favorite among the all? Did not these games remind you of your childhood?