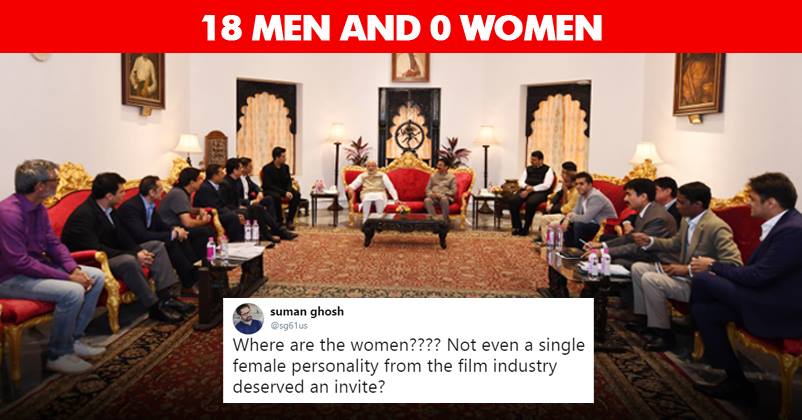 They say that B-Town believes in gender equality, and that women are treated equal to men in this industry. But we got clear evidence of that when a major portion of the film fraternity met up with the PM Narendra Modi yesterday, and not a single woman was present. 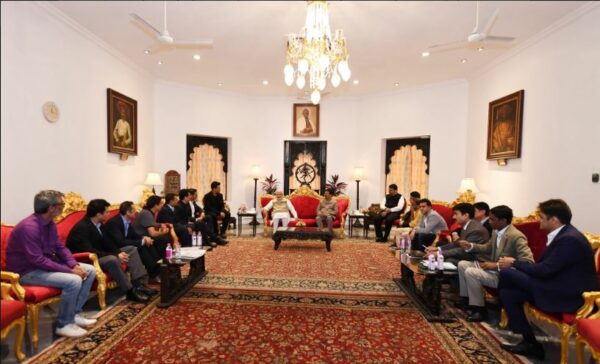 18 people, which included Karan Johar and Akshay Kumar met with the PM. In fact, the PM shared a post on his Twitter handle saying that he had a fruitful and enjoyable discussion with all those present.

Had an extensive and fruitful interaction with a delegation from the film and entertainment industry.

The delegation spoke about the strides being made by the film and entertainment industry, and gave valuable inputs relating to GST for their sector. https://t.co/ulQMtxTJQj pic.twitter.com/n4Dn38EJLr

However, it is ridiculous when you think of it. Not a single woman had been invited to the event. And Twitter was not afraid to call out on this hypocrisy. Check out some of the reactions below:

And we call ourselves a modern society.

Would be great to have female representation in these delegations. It is 2018. https://t.co/HoxGbptgwX

Where are the women???? Not even a single female personality from the film industry deserved an invite? https://t.co/nR0SFcoN5u

The sarcasm says it all.

The women in this photo are so good at camouflaging, wow. https://t.co/iuT3jtlGHb

So much for equality.

So the industry couldn't find a single woman worthy of representation? I fear the future of the industry, then. Not because it is led by men, but because of the sheer and utter lack of inclusiveness.
So much for equality. https://t.co/r2m3FKSuPN

Apparently, no one worthy enough.

I gather there are no women in this industry? https://t.co/IxnWZN6py2

We have the same question.

Looks like the womenfolk from the film and entertainment industry seem to have nothing worth sharing with the PM of the country. Maybe all the harassment, casting couch, pay gap, misrepresentation and sexism must have been addressed already? https://t.co/cea12BkMCN

Continue Reading
You may also like...
Related Topics:bollywood, Bollywood and Modi, Modi