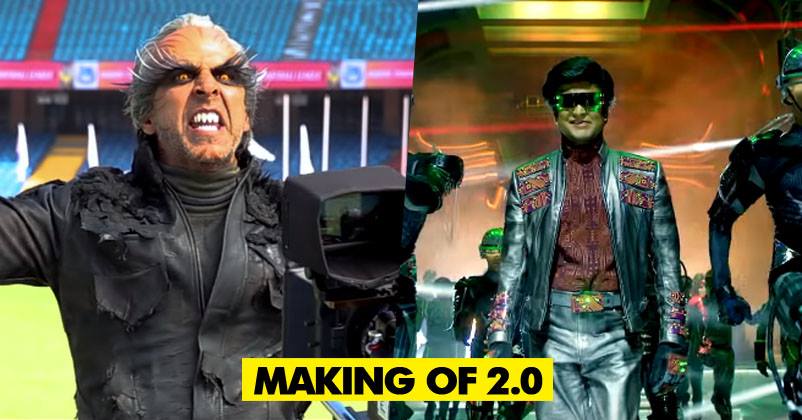 2.0 is not just the most awaited film of India but also worldwide. The film starring Rajinikanth, Akshay Kumar and Amy Jackson is the sequel to 2010 sci-fi Blockbuster Robot. Directed by Shankar the film has been made on a mammoth budget and has been in talks for a couple of years.

Now that the film is finally releasing this November, a teaser was released last month which became one of the most watched teasers of Indian films. There was some criticism for the film’s VFX but here’s a BTS video from the makers that will make the critics silent.

The fresh making video of 2.0 was released by Karan Johar on Twitter and it shows how much efforts went into making the film especially the post-production.

There were 25 VFX studios from around the world involved to perform the post-production part of the film. 2150 VFX shots were involved and 1000 VFX artists came together under the supervision of VFX star V Srinivas Mohan to complete this upcoming sci-fi drama. Watch the video-

Isn’t that stunning? What do you think?

Deepak Thakur Shaves Off His Head To Save Urvashi From Nominations. Check Out His New Look
Kangana’s Manikarnika Teaser Left Netizens In Splits, Twitter Got Flooded With Hilarious Memes