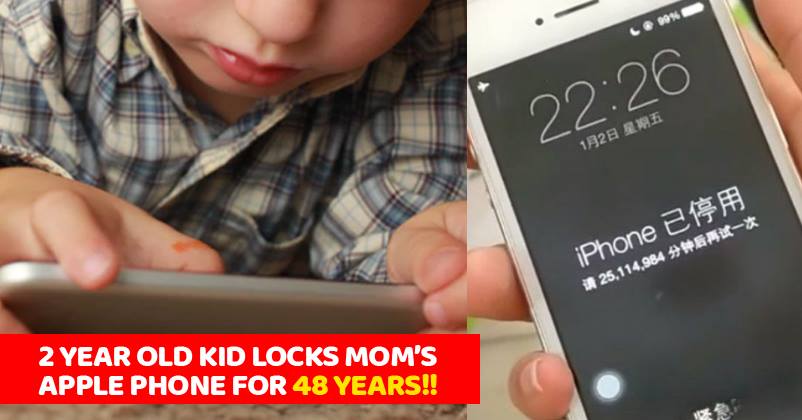 A mother in Shangai left her iPhone with her two years old son so that he can watch some educational videos but when she returned, she found that her iPhone has been locked for almost 2.5 crore minutes (25,114,984 minutes) which roughly amounts to 48 years. 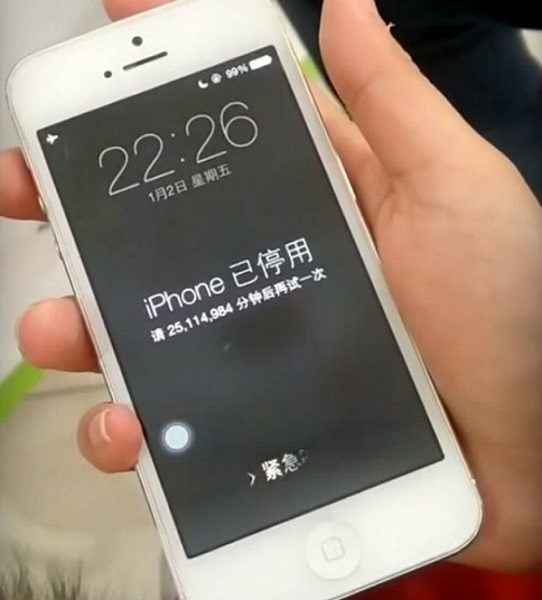 This happened because the toddler kept on entering the wrong passcode repeatedly and the phone kept on getting locked.

The duration of lockout period increases with every wrong attempt; however, it is not yet clear as to how many times the kid has entered wrong passcode.

The mother who is known just by her surname Lu has uploaded the photo of her device in an online forum Mumsnet. As per South China Morning Post, she told media,

“I couldn’t really wait for 48 years and tell my grandchild it was your father’s mistake.”

According to reports, Lu has already waited for two months but the problem is as it is. Lu is thinking about the option of restarting the phone but she is not doing it because then she can lose all her pictures, contacts and other files. 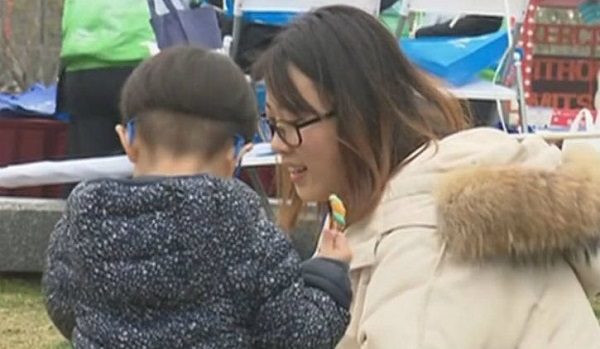 As per a phone technician named Wei Chunlong who works in an Apple store, Shanghai, the mother has the option of waiting for 48 years or go for a factory reset. The technician said that the files could be reinstalled again by her. The technician also said that he has seen iPhones locked for more than 80 years because of wrong passcode entered.

“In this woman’s case, the only way out [without waiting] is to erase all the phone data and do a factory reset.”

This can happen with all the devices of Apple so be careful while giving your iPhone to kids.

Irrfan Khan Suffering From Brain Cancer? Here’s Truth Revealed By His Close Friend
Forbes Richest Billionaire List 2018 Is Out. This Is Who Topped It