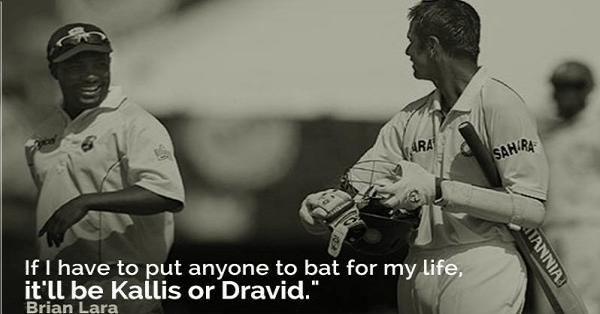 Rahul Dravid is one of the greatest batsmen in the cricket history. He has many records against his name but he was always overshadowed by Sachin Tendulkar & Saurav Ganguly. Dravid made his international debut on 3rd April 1996 and after that he became one of the successful Indian cricketer. He scored 13288 runs in Tests for India at an astonishing average of 52.31. In ODIs, Dravid scored 10889 runs in 344 Matches at an average of 39.16. These astonishing average proves that, he was one of the most reliable & consistent batsmen India had. These Iconic quotes by famous personalities will justify the role of Rahul Dravid in Indian Cricket. He was inspiration & motivation for lot of young cricketers in India. Have a look at what others have to say about Rahul Dravid:- Let us know if you have anything to say about THE WALL – Rahul Dravid. Feel free to share your views about Rahul Dravid in comments section below.

GOLDEN KELA AWARDS & The Award For The Worst Lyrics Goes To….!!
10 Facts About Virat Kohli That You Must Know