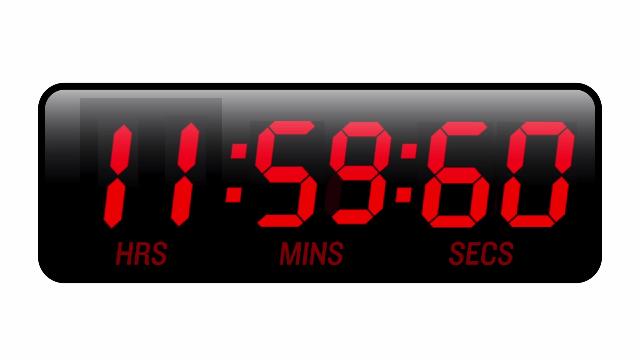 This addition of a leap second was announced by the Paris Observatory this week and is added because of the slowing of the Earth’s rotation.

Earth is slowing down over geological time, and that can lead to a problem when you’ve got a ton of clocks.

What do you do when the day gets longer?

The last time a leap second was added was in 2012, which caused problems for big companies like Reddit, LinkedIn, Gizmodo and FourSquare.

Back in 2012 during the leap second, sites like Foursquare, Reddit, LinkedIn, and StumbledUpon all crashed. This was due to unexpected addition of leap second.

Almost every time we have a leap second, we find something. It’s really annoying, because it’s a classic case of code that is basically never run, and thus not tested by users under their normal conditions.

This problem was due to fact that during the leap second, the computer clock shows 60 seconds instead of simply rolling over to the next minute. The computer registers this as a system error and the device gets hanged.

So, what are you views about this leap second??  Don’t forget to leave your comments in comment section below.

Continue Reading
You may also like...
Related Topics:leap second

Infosys CEO Gifts 3,000 iPhone 6 To It’s Employees – Tag Your Boss In This Article!!!
No, its not Ajaz Khan. Upen Patel to Renter Bigg Boss House As Wild Card Contestant As A Challenger.