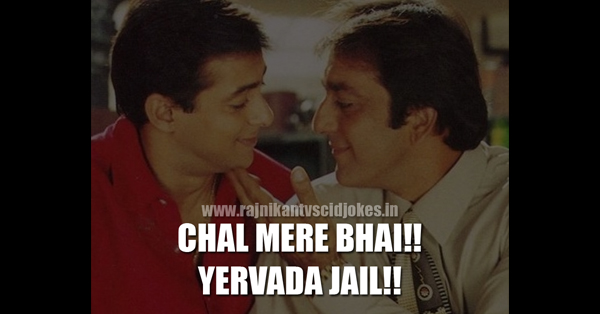 May 6th Should Be Declared as BHAI Day!! So much of Salman-News all over the Internet. Whoooofff!!

A 13 year old Hit & Run Case has come finally has some Judgement. Court refused Salman’s Drivers Plea and Held Salman Guilty for the 2002 Hit & Run Case today in Mumbai. Salman was convicted and sentenced for 5 long Years. Though he immediately mooved to High Court for the Bail and within 3 hours of his judgement even managed to get the bail. Salman though generous had done something wrong in the past. So we respect court decision and agree that he should bear the punishment too.
Lakhs of people bombed the social media with Salman Khan Posts and it was trending all the day. Many gags were shared over the social media which was witty & hilarious and went viral all over the internet.
So here we bring 21 of those Gags made on the Judgement of Salman’s Hit & Run Case. Salman Fans you will not like these, so try to be gentle and please try to enjoy the humor in it 😉 6. Some Logic Indians Believe In!! 8. He Took That Seriously!!