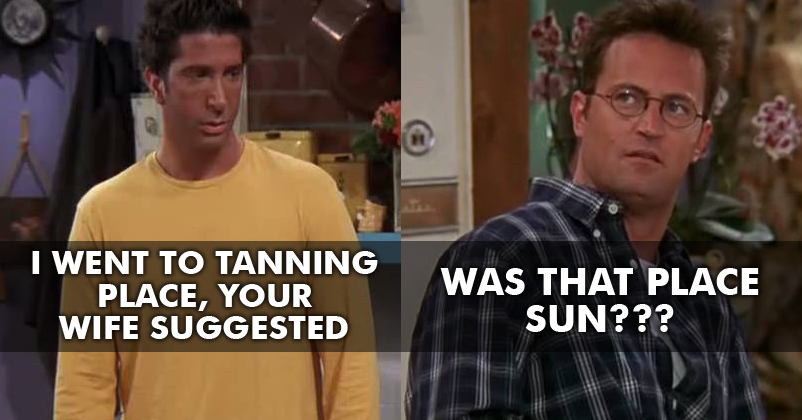 FRIENDS! One of the best sitcoms of all time. The best part about the show is that each and every character is very developed, you could easily relate to a character. Ross is the inspiration for every geek out there that they could get a girl too. Every girl followed Rachel for her awesome styling sense. But if you ask about a character that’s everybody’s favorite, somebody everybody could relate to, when it comes to relationship, job, then that character would be CHANDLER BING! From his sarcastic one-liners to his bromance with Joey, Chandler is undoubtedly the most popular character of FRIENDS. The funniest character in the history of television. It’s an undisputed truth that Chandler Bing is the “funny guy”. He is bad at relationships, his job…well what is his job? And he uses sarcasm to deal with the emotions.

We first saw him as a cynical, awkward, desperate 25-year-old commitment-phobe. But over the time his character matured and grew, he eventually became an adult after his loving relationship with Monica. His jokes, one-liners would make you fall in love with him. All you need is some ‘Chandler Bing’ in your life to make things smooth!

1. Well sarcasm runs through his veins. It hurts to hold back the sarcasm. 3. Now let me guess where she might have hidden the present. I am sure that gigantic thing wrapped in the blue gift paper is not our present. 4. What a brilliant idea! We could use your invisibility power around girls to protect them. 5. Aren’t we all? Don’t settle for Janice guys. I am sure we’ll find our Monica and Chandler one day. 6. You’re not alone Chandler. If I had a dollar every time I blew it, right now I’d a millionaire. 7. Sarcasm, just one of my many talents. And I also don’t charge for my sarcasm. 8. Did he just ruin our childhood? He’s got a point though. The great Kōan…Think and answer. 9. OMG! Imagine running into your ex, finding out that she might be your next-door neighbor. It’s a small world, isn’t it? 10. When someone you hate laughs at your joke. STOP IT RIGHT THERE, IT’S MY JOKE! 11. Always hiding his feeling and emotions behind the sarcasm. Well we guys bottle up our feelings too, right? 12. Insulting someone without letting them know is an art. Teach me master!

13. I must say he’s so imaginative. Rachel had never received such compliments. Inspite Of Being Loyal To YRF Always, The Production House Has Cheated Salman!
All Bollywood Celebs Are Supporting Akshay’s Rustom Leaving Hrithik Alone. Here’s Why